I didn’t get the table runners done, but I did manage to get the little clutch purse finished.

Earlier in the week, when I was cutting out the pattern pieces for the purse so that they’d be ready for Friday night, I decided I should take some scrap fabric and make a test of the pattern.  Good thing I did because there were a couple of easily fixed errors but ones that you wouldn’t want to happen if you were cutting into your good fabric.

Once I’d finished the tester, I figured why waste it as it would work for a lining and so I found some more scraps leftover from making a gift bag and made the outside of the purse.  I was quite pleased with how the fabric part of the purse turned out. 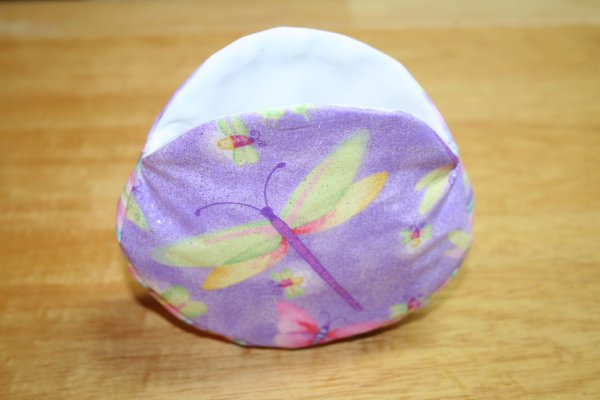 I fussy cut the fabric so that the dragonfly would be in the center. 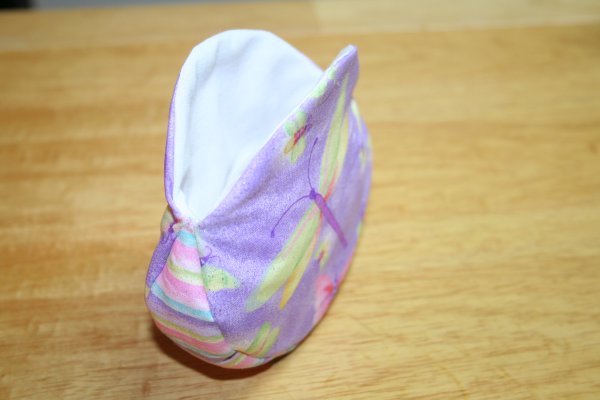 I can picture all sorts of these little clutch purses with fussy cut fronts and different combinations of fabric for the front and sides.

I only had one of the clutch purse frames and I wanted to save that as I had purchased it to go with the blue ladybug fabric.  But having almost completed one purse, I figured putting the one together last night would be a breeze.   I mean, all I had to do was make another fabric purse and sew it to the frame.   What could be so hard about that, right?

And the fabric part of the purse did go together fairly easily.  The taffeta that I used for the lining is less forgiving than cotton in that it’s slipperier and as you remove the pins when sewing, it can shift a bit.

Some unpicking action had to take place to remove a pucker in the bottom curve of the lining but other than that it was pretty smooth sewing.

Then it was time to sew the purse to the frame.  Yeah… that’s where things got tricky. 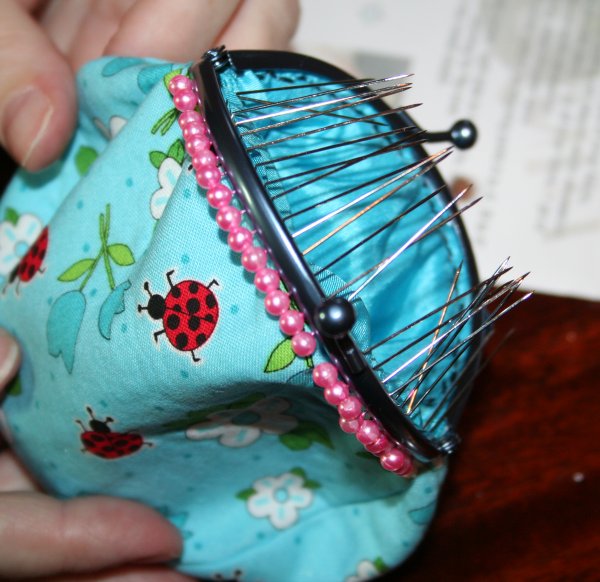 I counted the number of holes in the purse frame.  There were 28.  So I positioned the center of the purse between the 14th and 15th holes and placed a pin in each.  Then I went to each side and pinned those in place.  Next I worked my way towards the center; pushing the purse into the frame and pinning.

Beginning at one side, I sewed in one hole, out the next all the way across (a running stitch), removing pins as I went.  Once I reached the other side, I worked my way back across to fill in the stitches.

Then I repeated those steps for the other half of the purse and frame.  Finished, the little purse looks like this:

As mentioned above, I used a blue taffeta to line the purse. 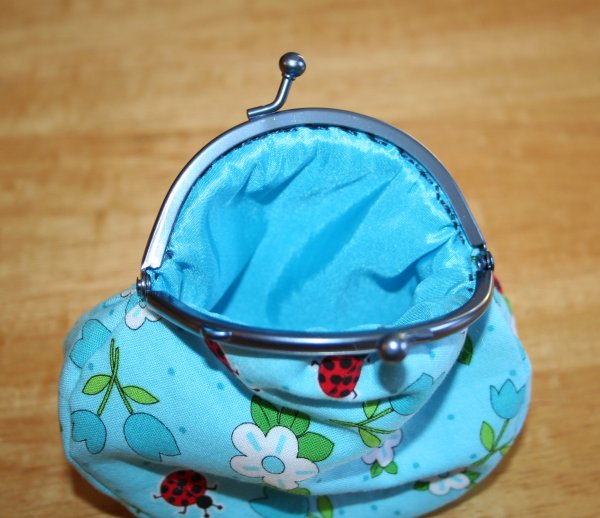 I like the contrast between the cotton and the taffeta; a touch of elegance to add to the fun and cuteness of the ladybug print.

By the time I finished sewing the frame to the purse; I’d pretty much had all the sewing I wanted for the evening so I called it a night.

I’ll work on the table runners over the weekend.  Now I’m off to see what everyone else worked on last night.