A while ago, I showed you a miniature hat, scarf and mittens set that I’d designed. Since then I’ve completed four more.

I’ve been playing around perfecting the pattern so some hats are a little bigger than others and the same with the mittens. I’m going to take a bit of a break from making them so that I came back to the pattern with a fresh perspective but I hope to have the final pattern completed and ready to release next week so that people will have time to make some before for Christmas.

The sets don’t take long to knit. I can make one in an evening while watching a couple of movies or listening to a book on tape.

To give you an idea of scale, I asked Dave to hold a set in his hand: 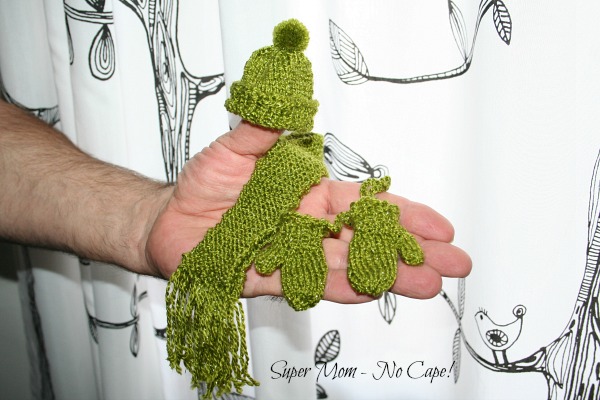 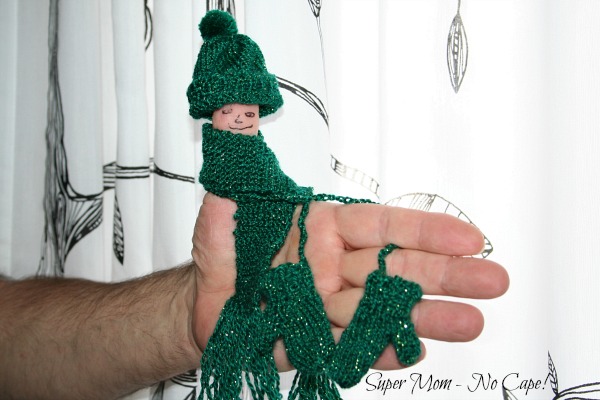 It’s such fun being married to a man with a great sense of humour!