Last year, one of the items on our son’s Christmas wish list was a set of throw pillows to match the striped comforter we bought for him to use at college.  We chose other things from his list to give him but I kept the pillows in mind for a future gift.

Earlier this fall, I was lucky enough to find a cool print with all the colours of his comforter.   So for Christmas, I made him these two pillows.  The covers have a concealed zipper in the back to make it easier to remove them for laundering. 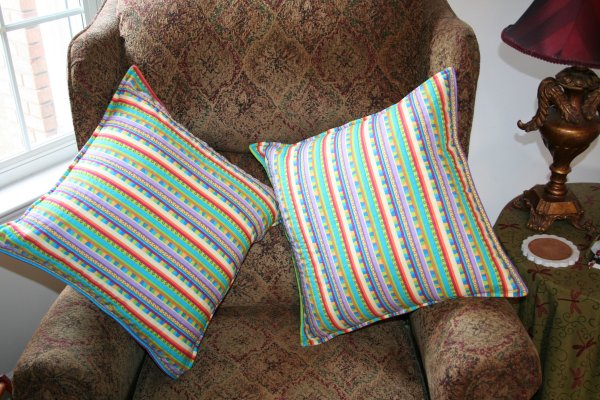 Our son is a great cook and so for his second gift, I made him the apron that Dave is modeling in the picture below. 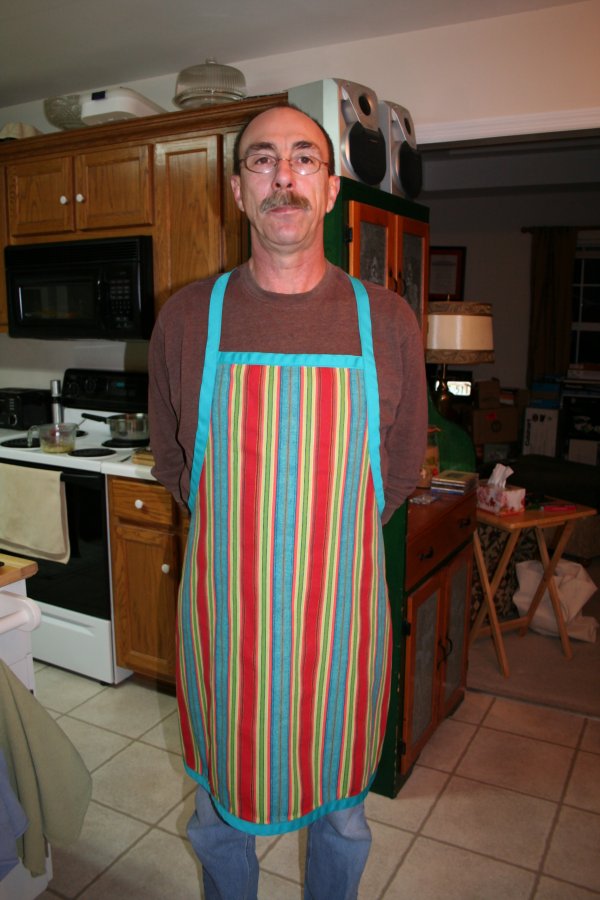 I also copied out several of our favourite family recipes and put them in a cool recipe box along with extra cards for him to add his own favourites.

His third gift was, of course, a set of Christmas Elves.

Then to add some extra goodies to his stocking, I made him a set of luggage tags and an Ipod case with matching earbud case. 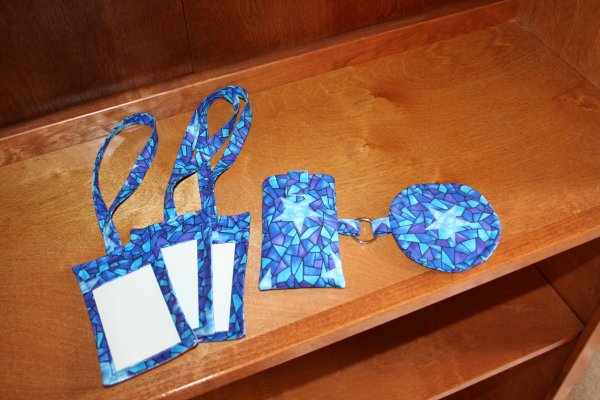 Also to fill his stocking, he received one of the fleece patchwork scarves pictured below. 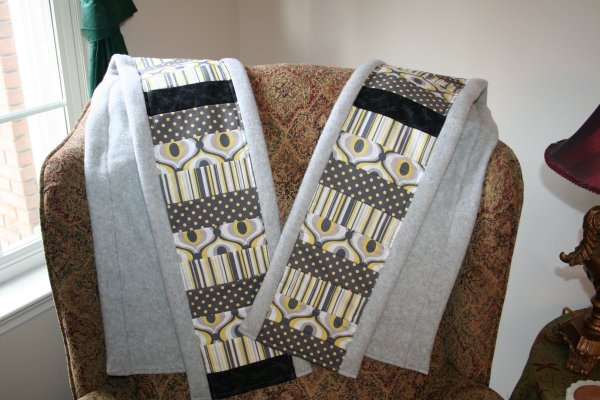