Do you remember those Choose Your Own Adventure books we used to read when we were kids? Well that was kind of how the making of this purse went. Each step of the way, I was asking myself, “What next?” or “Now what do I do with it?”

It all started last week when I won a giveaway that Julie from That’s Sew Julie had on her blog for the just released Love Struck block pattern designed by Kitty Wilkin, aka Night Quilter. It’s such a cute pattern that as soon as it arrived in my inbox I just had to make one. And so the adventure began.

In the pattern, Kitty suggests using striped fabric for the feathers as a way to save a bit of time rather than piece all the individual feathers. I had some really pretty rainbow fabric so that’s what I decided to do.

Now it’s been a while since I’ve done any foundation paper piecing.  Getting those stripes to line up the way I wanted them to proved a bit of a challenge. Add to that the times I trimmed off the wrong bit of fabric and had to unsew and redo different parts of the blocks. But finally I had two arrow blocks that I was quite pleased with.

I would have made more blocks but I didn’t have enough of the light grey background fabric. I had forgotten that foundation paper piecing can use a lot of fabric.  So that left me wondering… What do I do with just two arrow blocks?

In the scrap drawer of my fabric dresser, I found a bit of multicolored fabric with all the colors from the arrows in it, so I cut a strip and sewed that between the two arrow blocks. It looked okay but I still didn’t have any idea what to turn it into.

Maybe a zip pouch? So I searched through my sewing stuff and found a pretty blue zipper.  I cut the block in half, ironed on some fusible fleece (<-affiliate link)… a bit more sewing and the zipper was installed.

Then I decided to add a bit of quilting by stitching in the ditch around each of the arrows. This is what it looked like on the back: 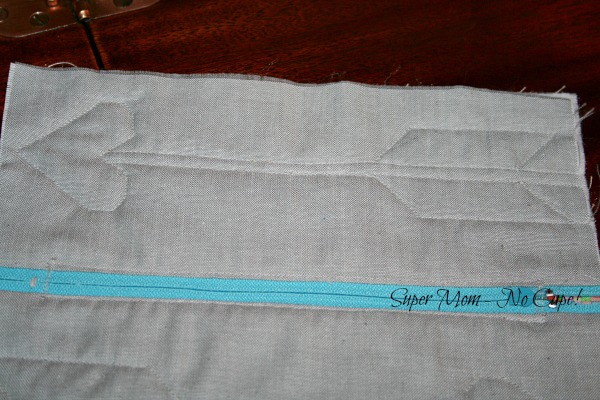 Perhaps turn that zipper into the front pocket of a tote? Yes, that could work. Okay, so a tote it is!

I added fabric just above the zipper on the wrong side to make the pocket.

For the back of the tote, I cross hatch quilted a piece of the rainbow fabric that I used for the feathers of the arrows. 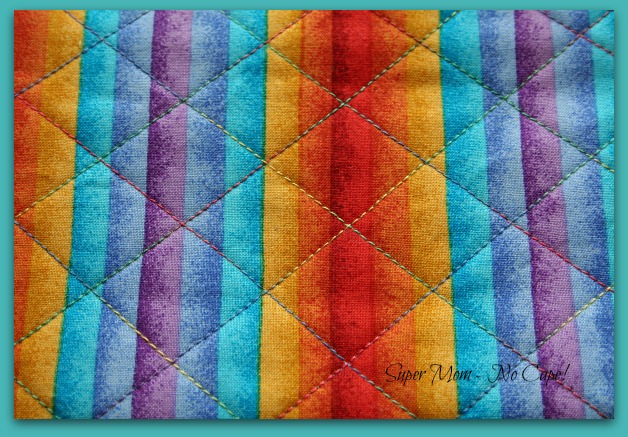 I quilted it with more of that pretty Sulky Blendables rainbow thread (#4106) that I used for the rainbow borders on my Flying Zebra Quilt.

After sewing the front to the back, I had this… 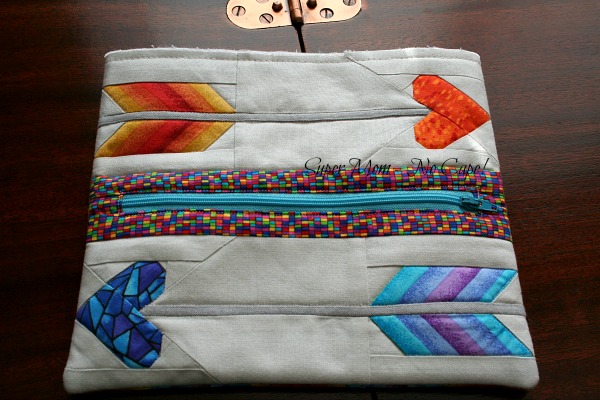 Again, I ask myself… what next? Well it has to have a lining and more pockets as I love totes with pockets.

And straps. But what kind of straps? Two short ones? Or one long one? How long?

What about a recessed zipper? Hmmmm… 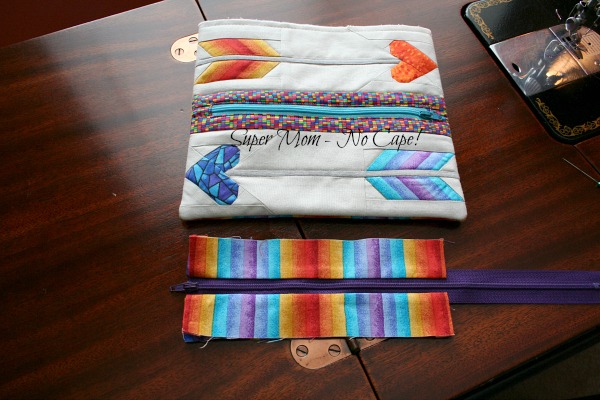 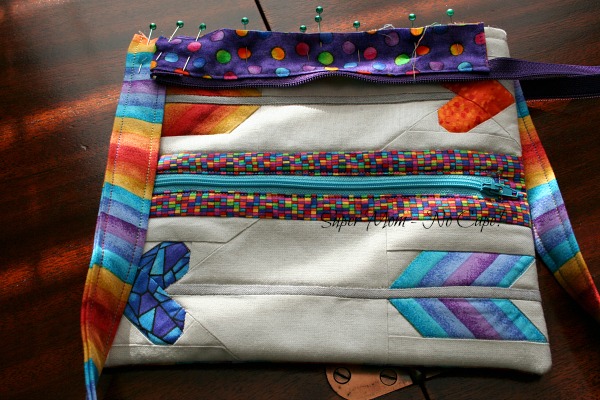 And finally, after all those choices the adventure came to this very satisfying conclusion…

I am absolutely thrilled how those two little arrow blocks that at first I had no idea what to do with, over the course of a few days, ended up being transformed into a beautiful new tote/purse for me.