SuperMom Tip of the Day – Get Creative With Leftovers

Last night we had egg rolls for supper.   When I was at the store, I only picked up one package of egg roll wrappers since it was just our son and I eating.  But I’m so used to making a double batch now that when I was chopping up veggies, I chopped up the usual amount.  And that meant that we had a bowl of filling leftover.

Now with a teenage boy in the house, what to do with these kinds of leftovers isn’t a question that comes up often in this house, as most times they become an after school snack the next day.  But this leftover bowl of filling looked like it would be too much for a snack.

While I didn’t have anymore egg roll wrappers, what I did have was a ball of pie dough in the freezer that was leftover from making pies at Easter.  So last night, I moved it from the freezer to the fridge.

Then today, I rolled out the dough and cut out rounds using a Tupperware lid as a template. 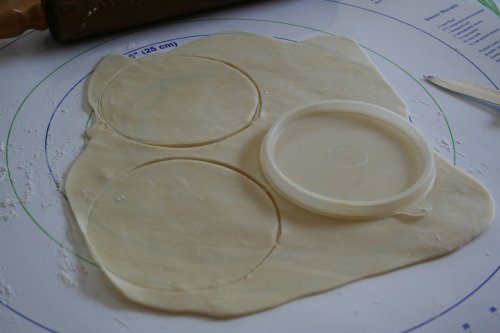 On each round I place a generous spoon full of the filling. 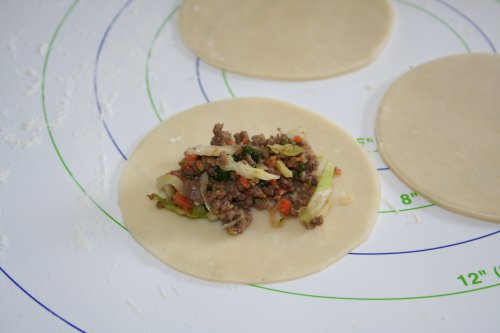 Then I ran a bead of water around half the circle of dough and carefully folded the dough over and crimped the edges. 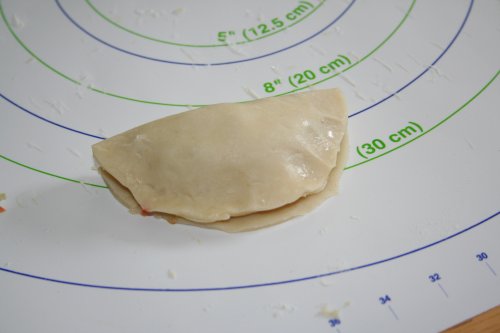 I found it easiest to crimp the edges just a bit at first so that it would hold together and then I picked up the filled half-round and finished crimping by holding it in one hand and pinching with the fingers of my other hand like I do when making perogies. 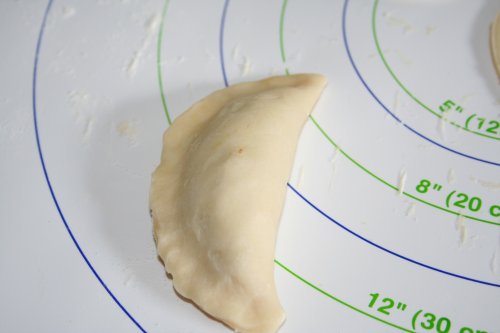 I continued making turnovers until I ran out of dough.  Before popping them in the oven, I poked each turnover with a fork to allow steam to escape. 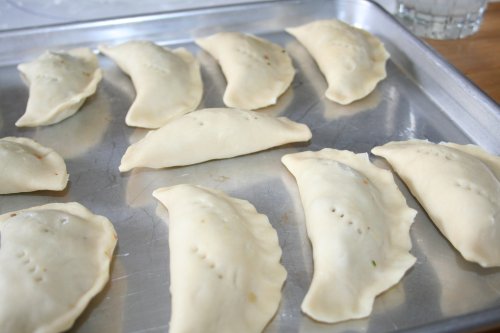 Then I baked them at 375 F for about 25 minutes until the dough was a light golden brown.

Here they are… piping hot from the oven. 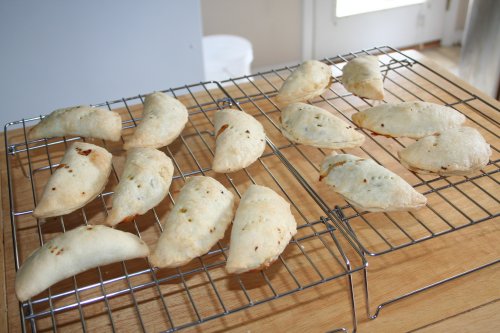 And this one… I just had to sample.  You know, just to make sure they tasted good.  It was delicious! 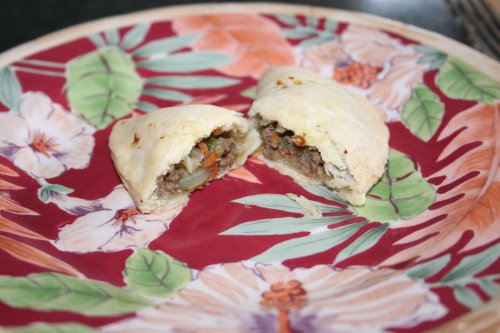 How do you get creative with leftovers?   Share your ideas in the comments. 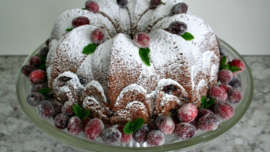 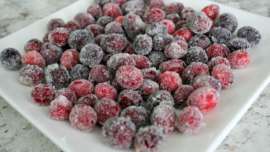