Whenever we move to a new area, one of the things we do is try out and if we like them, adopt new dishes.

While living in Germany we added spaetzle and zwiebel kuchen, among others.  During our time in Hawaii, spam musubi became a favourite.

I have to confess though that since moving to the Southern States I have never been able to develop a taste for collards.   Which is strange since I love other greens.  But I’ve tried collards several times and each time they tasted so bitter that I had just decided that this was one dish we wouldn’t be adding to our menu.

That is until a couple of weeks ago.  You see earlier this spring we joined a local CSA.   Each week, we get an e-mail from Rise N Shine Organic Farm on the morning of our pick-up day with a list of everything we’re getting that week.  And you guessed it, one of the things included in our weekly selection for the past two weeks has been collards.

That first week, on the way to the pick-up point, I told our son that we’d check the swap box and see if there was anything we could swap the collards for.  But when we got there, the bunches looked so fresh and crisp that I decided to take one home and see if I could figure out a way to make them palatable.

After a search of the net and reading through dozens of recipes, I decided to try caramelized onions and collards since fried onions makes almost anything taste better.  There were quite a few versions so I took what I wanted from each and after a bit of tweaking I came up with a recipe that we not only love, but that had us searching the swap box for collards last week so that we could make it again.  (We got there a bit late and the collards on the main table were gone.)

To make my version of Caramelized Onions and Collards you’ll need:

A few grinds each of sea salt and black pepper

Thoroughly wash collards.   (I wash them at least once in a basin half full of water and then drain and wash again.)    After the second wash, remove the stems and shake off the excess water.

(Don’t waste the stems… they can be coarsely chopped and added to your compost.) 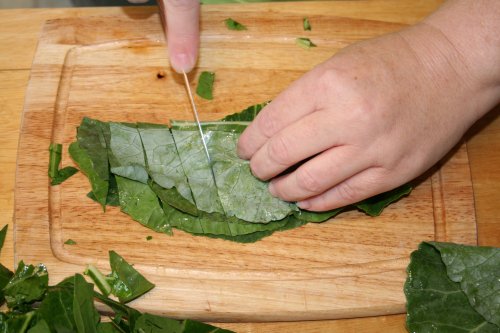 Slice onion thinly and fry in 1 tbsp butter and 1 tbsp olive oil.  It will take 15 minutes or so on medium heat to caramelize the onions.  Don’t try to cook them too fast or they’ll burn.

While the onions are cooking, bring turkey stock plus 1 c of water to a boil. 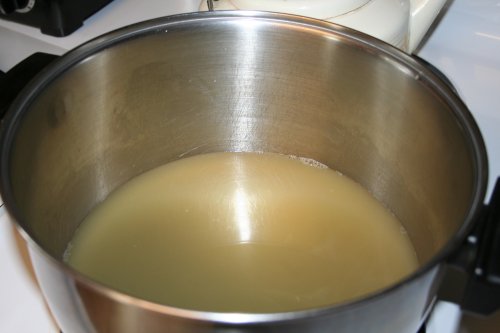 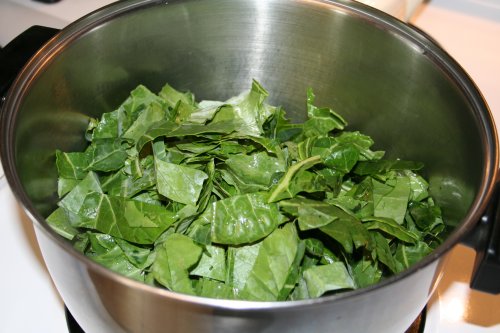 The collards should still be a bright green.   Drain the collards, reserving the liquid to make gravy. 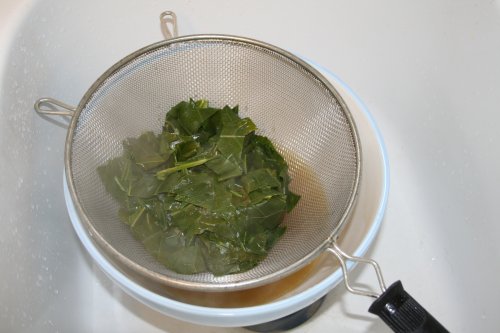 Add minced garlic to onions and cook for another minute or so and then add the collards.  Add a few grinds each of sea salt and black pepper. 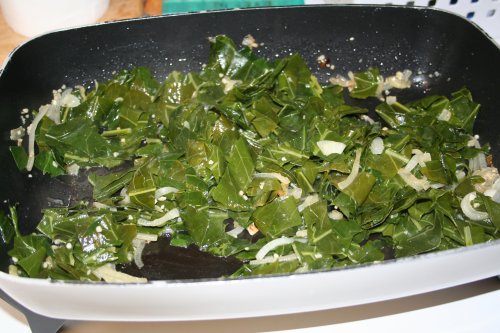 Edited to note:  We have also discovered that this recipe works just as well with kale.   So if either kale or collards show up in your CSA selections, give this recipe a try.