The former owner hadn’t had her spayed and the two times our daughter tried to take the cat in to be spayed (after she ended up being left with the cat) they refused to perform the surgery because kitty was just coming into heat.  Now we are cat-sitting and we’ve been trying to book an appointment to get her shots up-to-date and to have her spayed.  In the meantime, she has again come into heat.

She’s been waking me up in the middle of the night roaming the apartment, jumping up on furniture, knocking things over and making that constant and highly annoying trilling sound that cats in heat make.  Dave sleeps through all this, but I’m a light sleeper and once I’m awake, I’m awake so I’ve been having a few sleepless nights.

What’s a woman to do in the middle of the night when she can’t get back to sleep?  Well the night before last, I decided to sew.

Our oldest daughter is back in Canada for three weeks on holiday from her teaching job in China and she mentioned that while she’s here, she’s going to pick up some fabric to make toys for her classroom.  She teaches 3 to 4 year olds.

I decided it would be fun to make a doll quilt, so 3 am Thursday morning found me searching through the small stash of fabric that I’ve accumulated since we put everything into storage.

Do you ever find fabrics in your stash that you don’t really care for but somehow ended up with?

Such is the case with the fat quarter below. 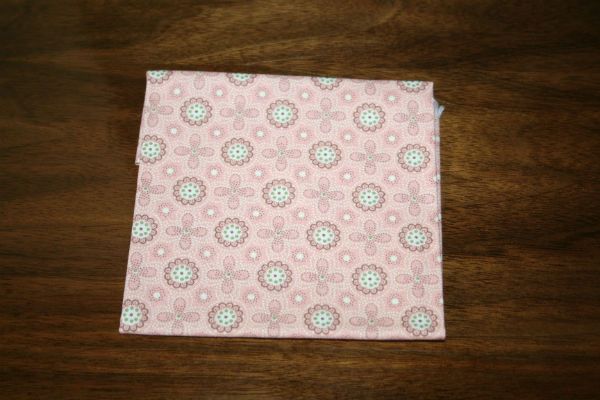 It was part of a fat quarter bundle which had other fabrics that I did like.   I’ve already used the other fat quarters, so this was an orphan.

Then as I was stacking fabrics on the table, I came across another fat quarter that when the two were paired together, actually had me reconsidering my opinion of that “ugly” orphaned fat quarter.

The rest of the fabric got put away and I started cutting and sewing.   By the time Dave got up, I had finished the quilt top and by the time he finished his coffee I had a completed doll quilt. 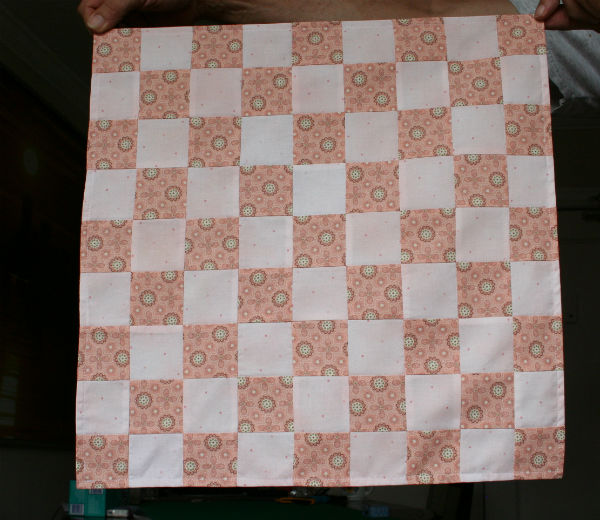 I didn’t use batting, I simply cut a piece of backing the same size as the top, sewed them wrong sides together and then turned it right side out and top stitched ¼” from the edge. 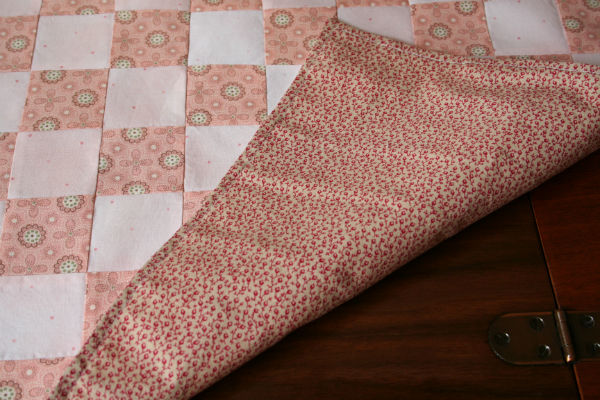 The backing fabric was given to me by a sweet friend at Christmas time.  I think she might be pleased to know that it will be keeping a dolly warm in China.