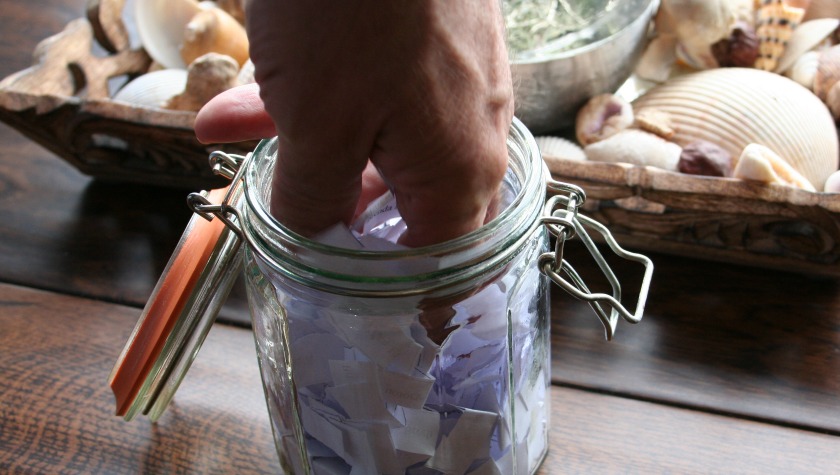 Winner of the Aloha from Maui Giveaway

I must apologize that it’s taken so long to announce the winner of the Aloha from Maui Giveaway.

We drew the name the day after the giveaway closed on January 20th and then for the next two weeks, I unsuccessfully tried to make contact with the winner. At the end of that time, we decided to draw a new name.

The names went back into a jar: 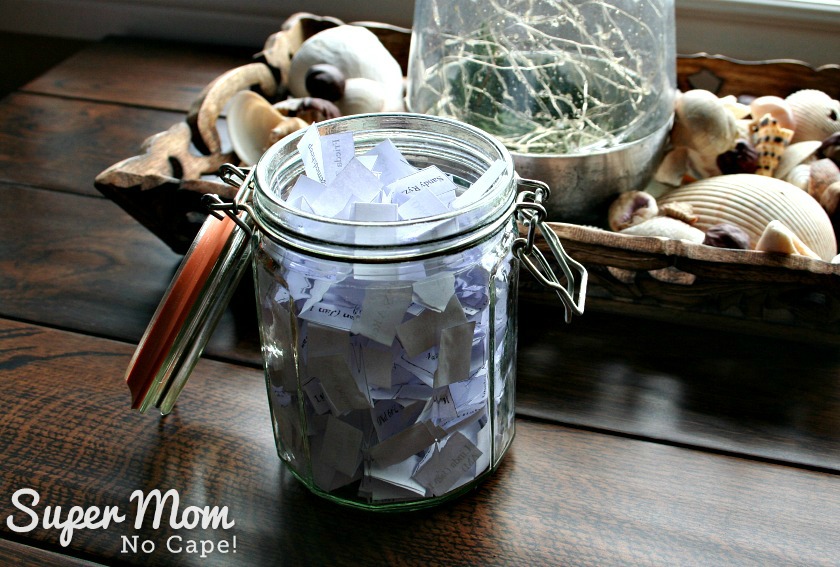 Dave gave it a few really good shakes to mix them all around. 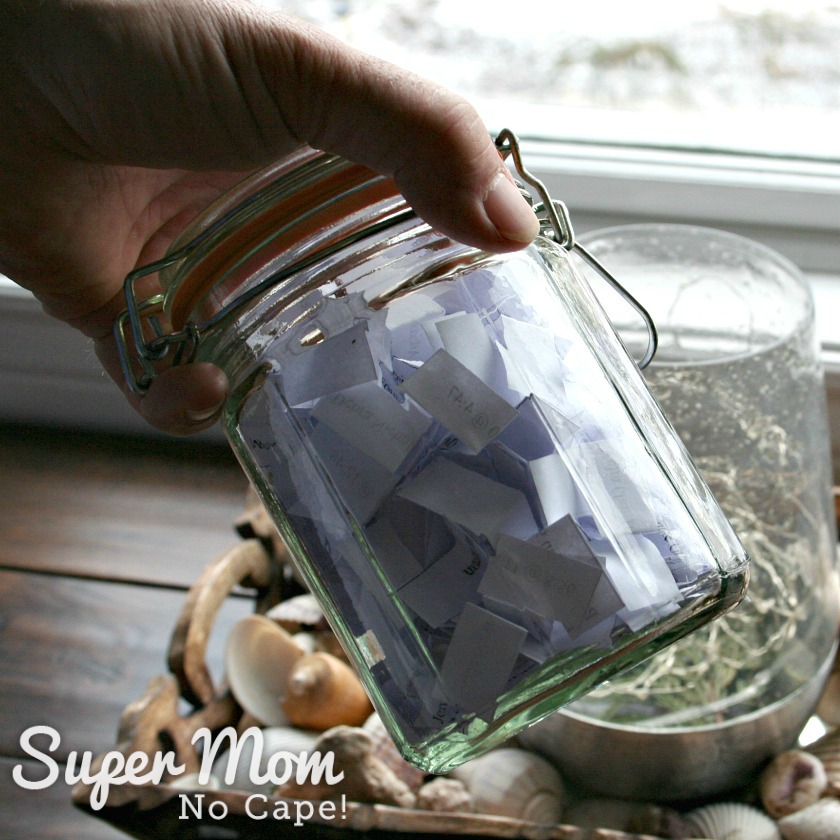 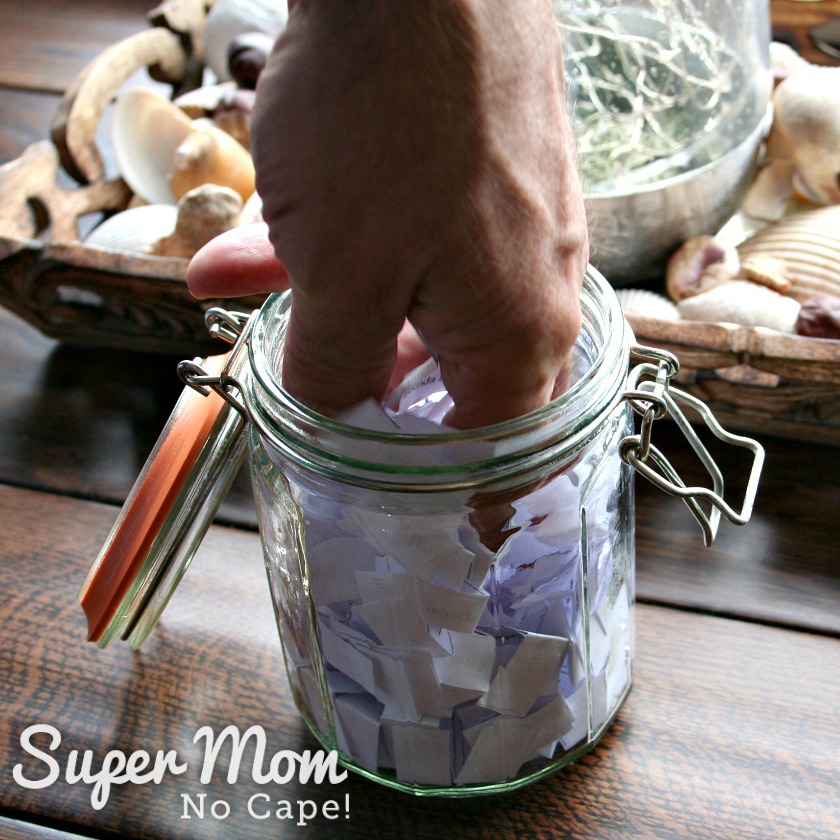 And the winner of the Aloha from Maui Giveaway is: 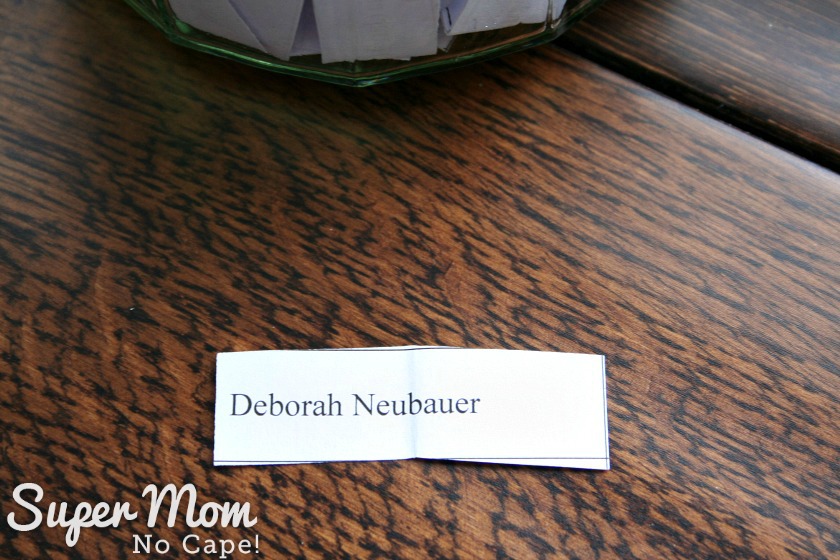 Thankfully, she replied within a day and I was able to mail her prize off to her.

Just to be safe, we waited until she received her prize before going ahead and making the announcement.

Deborah let me know on the weekend that she’d received the package so now it’s time to share that with all of you!

In case you missed it or don’t remember what I was giving away, here’s a photo of the prizes. 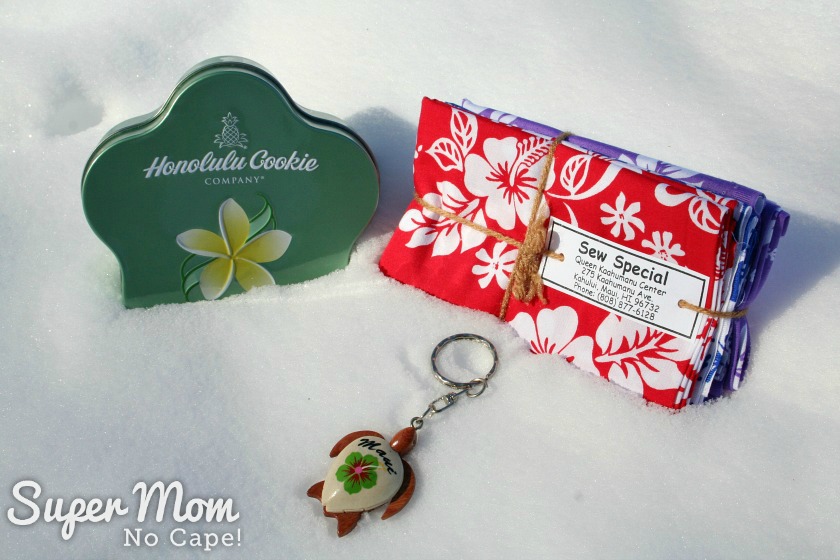 Those items were all brought back from our vacation in Maui.

I bought a pretty box with blue polka dots and blue striped lid to mail them in and lined it with tissue paper. 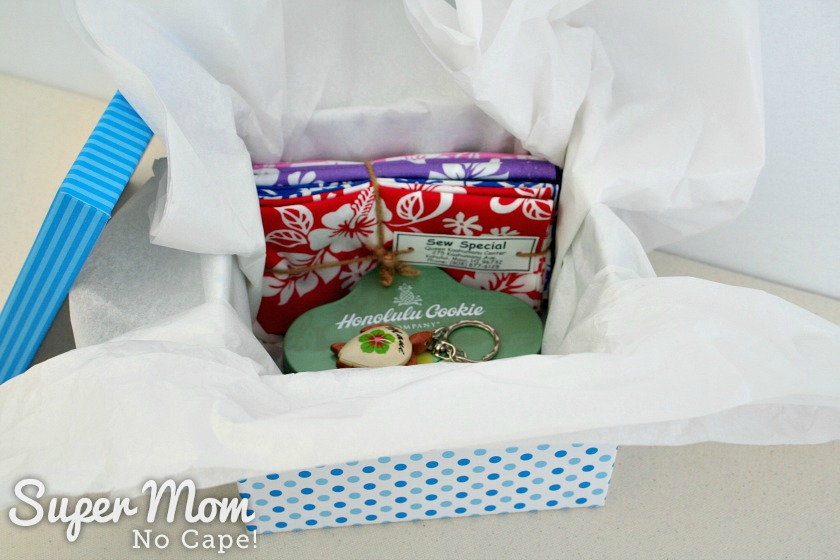 But when I got everything in the box, it wasn’t as full as I thought it would be, so I searched through my gift box and found some more goodies to add to it. A little packet of lint tissues, tin of pins and a roll with a variety of ribbons on it, one of which has sea shells and star fish seemed like the perfect additions.

There… that looked better! 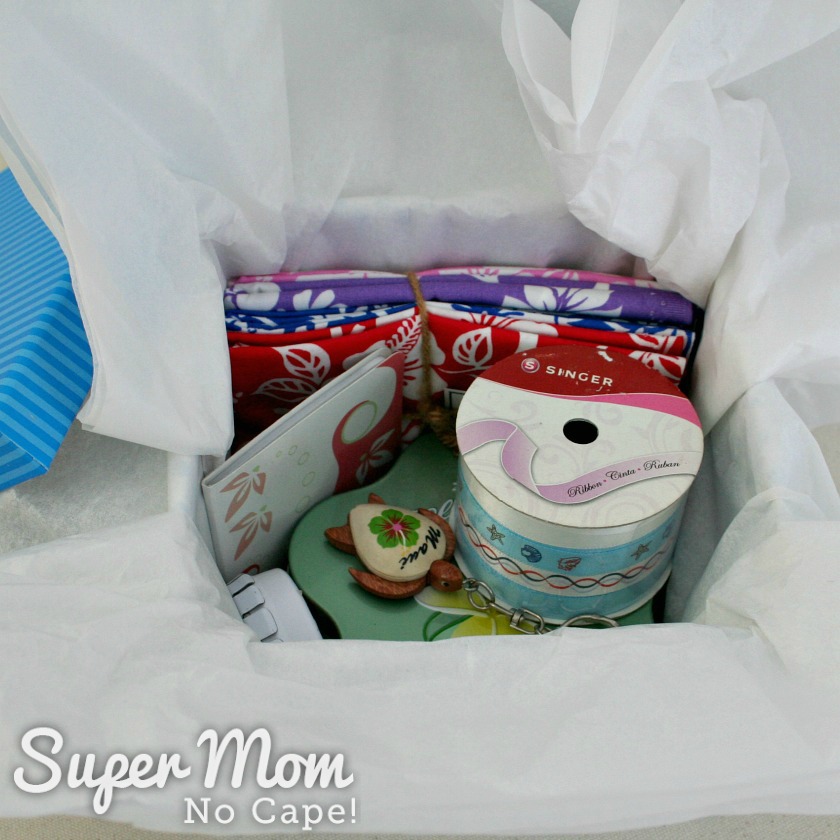 I wrapped the pins and the key chain in more tissue to keep them from rattling around and making scratches on the pretty cookie tin from the Honolulu Cookie Company. 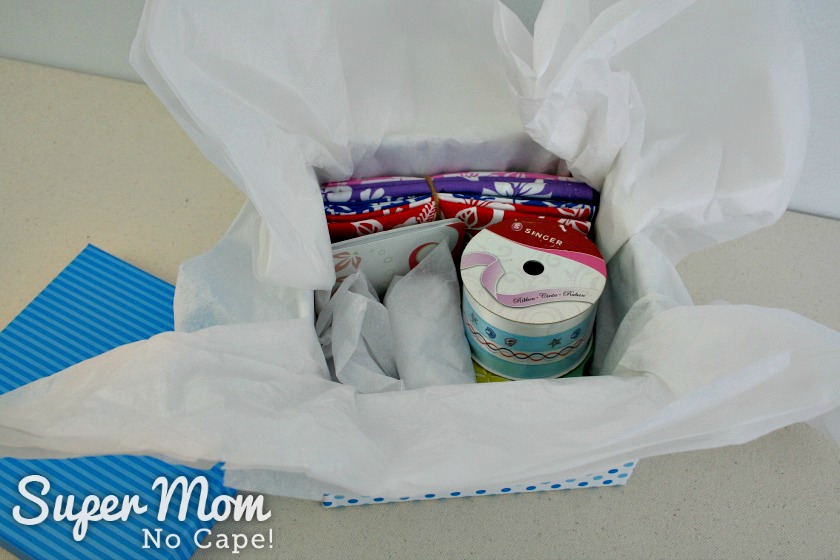 The lid was added, a card written and the package was ready to go on it’s way. 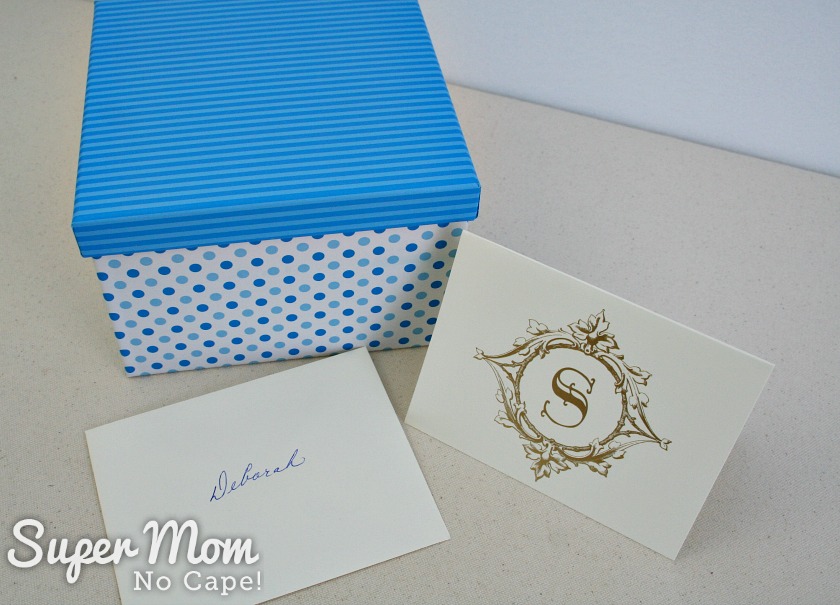 I truly hope that Deborah enjoys each of the gifts I’ve sent her.

Thanks so much to everyone who took the time to enter by commenting and sharing their dream vacation!

As always, I was touched and inspired by your comments!