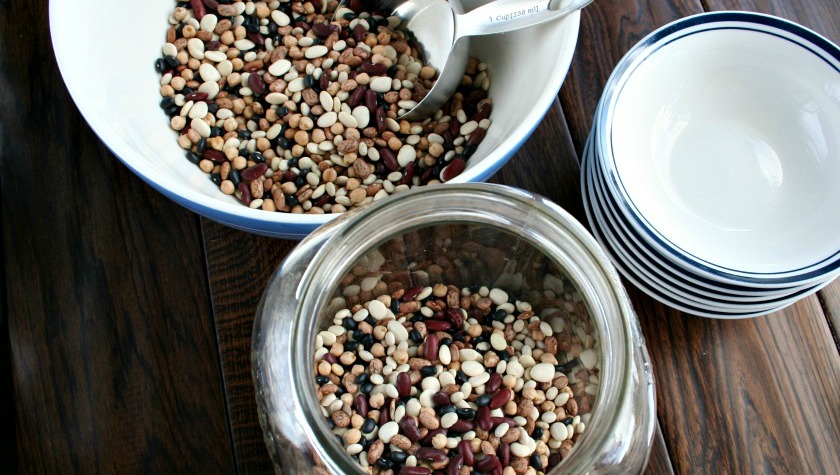 Bean Soup in a Jar Mix

This Bean Soup in a Jar Mix is a pantry staple that I always make sure to have on hand. And while it was originally intended for making delicious homemade bean soup. It can also be used to make baked beans, chili or a number of other dishes that call for beans.

If you’re wanting a quick easy food gift for friends, neighbors and extended family but don’t want or can’t afford to spend a lot of money, this mix is a great choice.

Teachers receive so many gifts at various times of the year and while I’m sure the gifts are all heart-felt, I often wonder where they store all the things they’ve been given over the years. When our kids were in school, I always tried to give gifts that were consumable and wouldn’t sit unused on a shelf somewhere or hidden away in a cupboard.

That won’t be a problem when you give them this Bean Soup in a Jar Mix!

The ingredients may already be in your pantry and if not, can be picked up on your next trip to the grocery or bulk food store.

When I’m making up this mix for our own use and to give as gifts, I purchase large quantities of each bean in the mix. 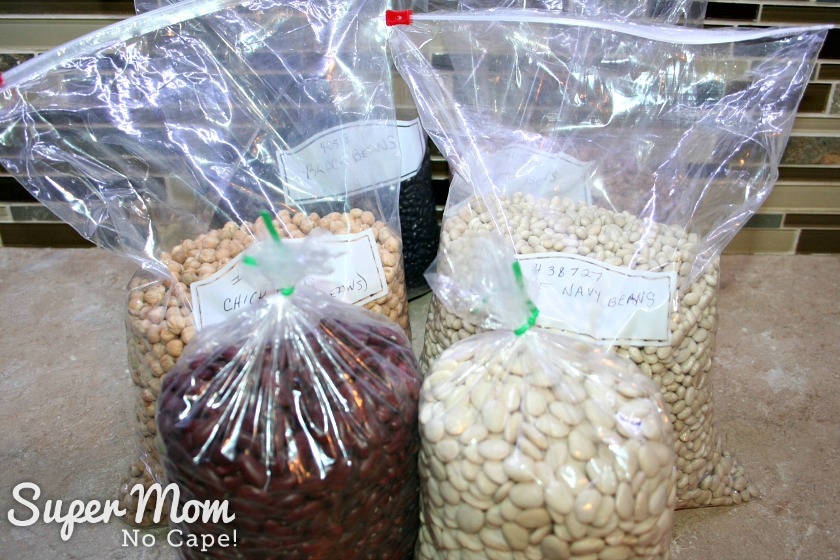 Here’s my recipe for:

You’ll need equal measures of each of the following:

In the photo below each bowl has one cup each of dried beans. 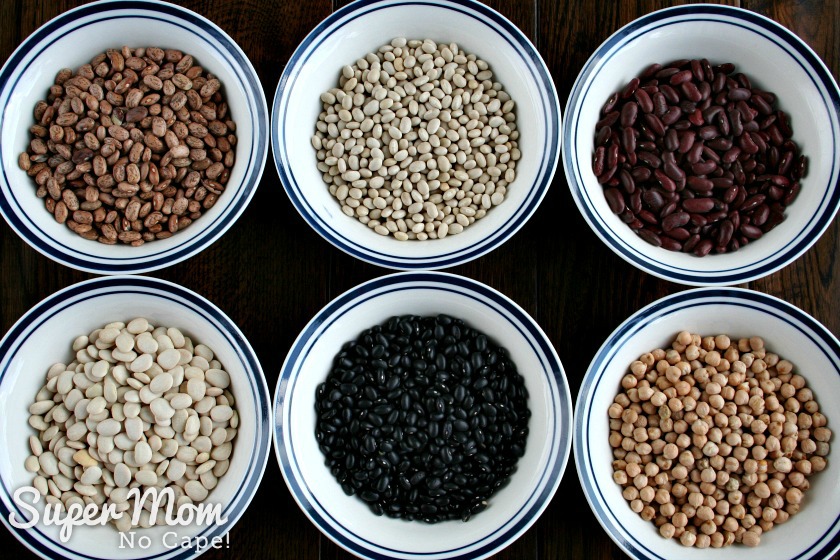 Dump all the beans into a big bowl and mix thoroughly. 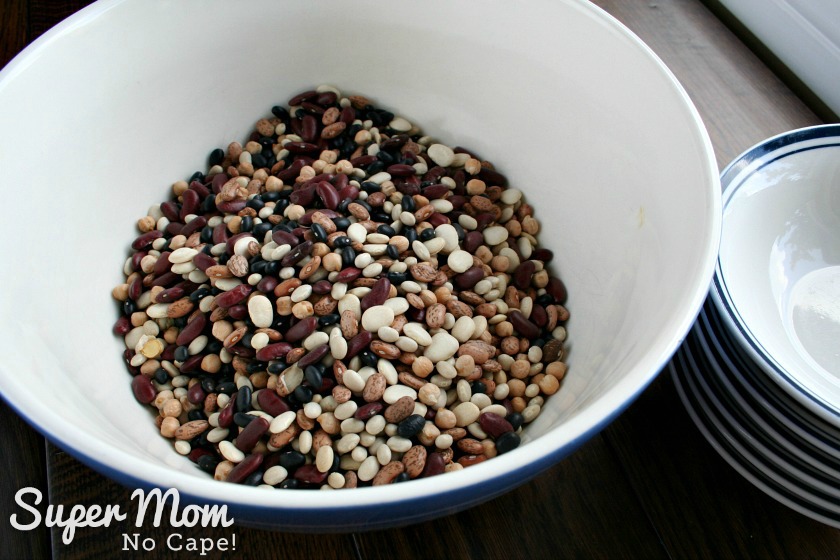 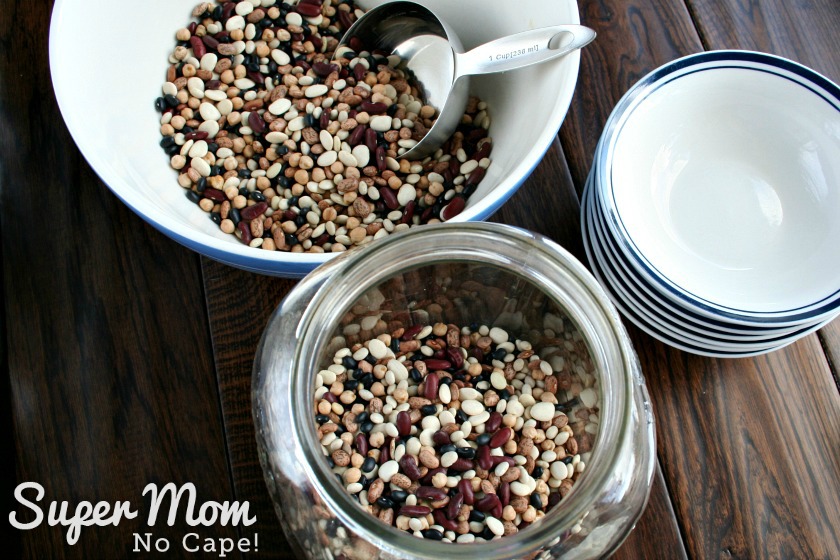 A double batch or 2 cups of each of the dried beans yields 3 quart jars plus fills an upcycled 1/2 gallon jar 3/4 full. 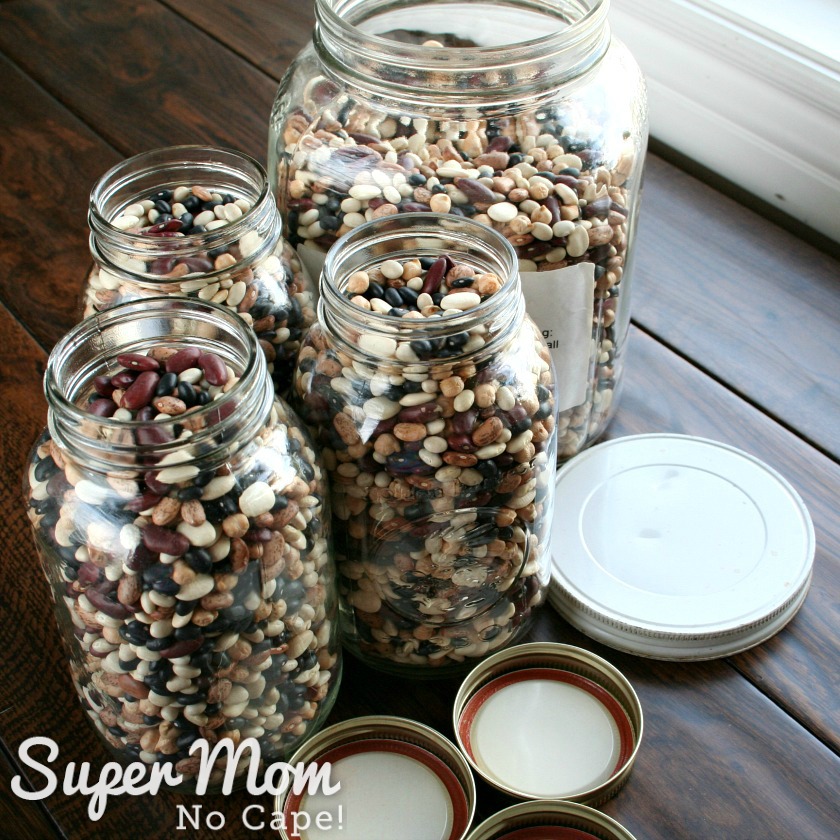 The 1/2 gallon jar is for our own person use.

As I mentioned, I like to have it and other dried ingredients on hand for making soups, stews and chilis. 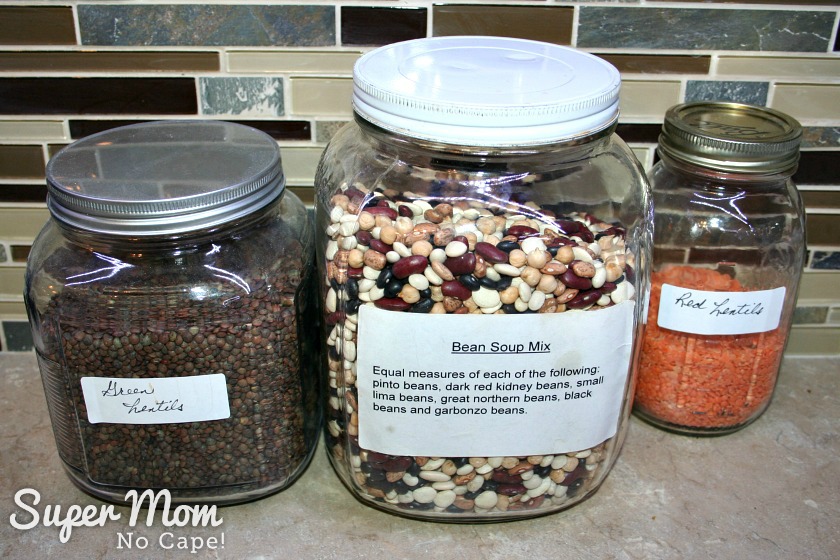 Now… let’s pretty up the other jars ready for gift giving!

For the three mason quart jars, I took scraps of Christmas fabric, traced around a small plate on the wrong side of the fabric and then cut out the circle using a pinking shears.

The fabric circle is placed between the lid and the metal ring before screwing it on to the jar. I made up more of the dried bean mix to fill two more jars that I had picked up at the thrift store (sterilized before use.)

For these gifts, I simply tied some holiday ribbon around the top of the jars. And then for this one, instead of ribbon, I used several lengths of raffia wrapped around the top, added a recipe card then tied the raffia in a bow. The bean soup in a jar mix could be the whole gift.

A nice finishing touch is to add recipe cards for everything. 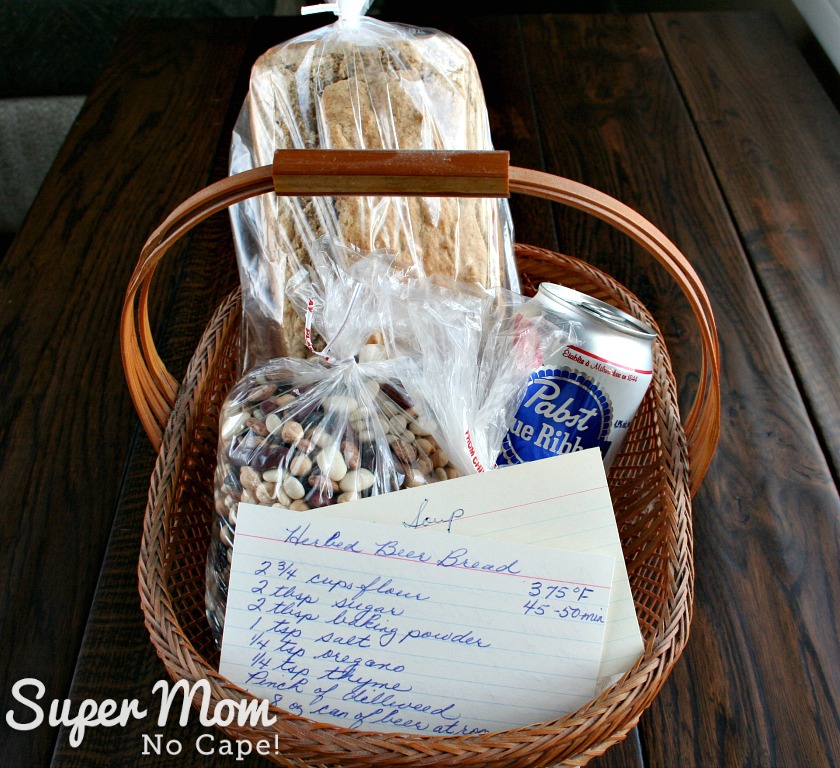 Save this recipe along with the different gift giving ideas for future reference by clicking on the Pinterest button underneath this post. 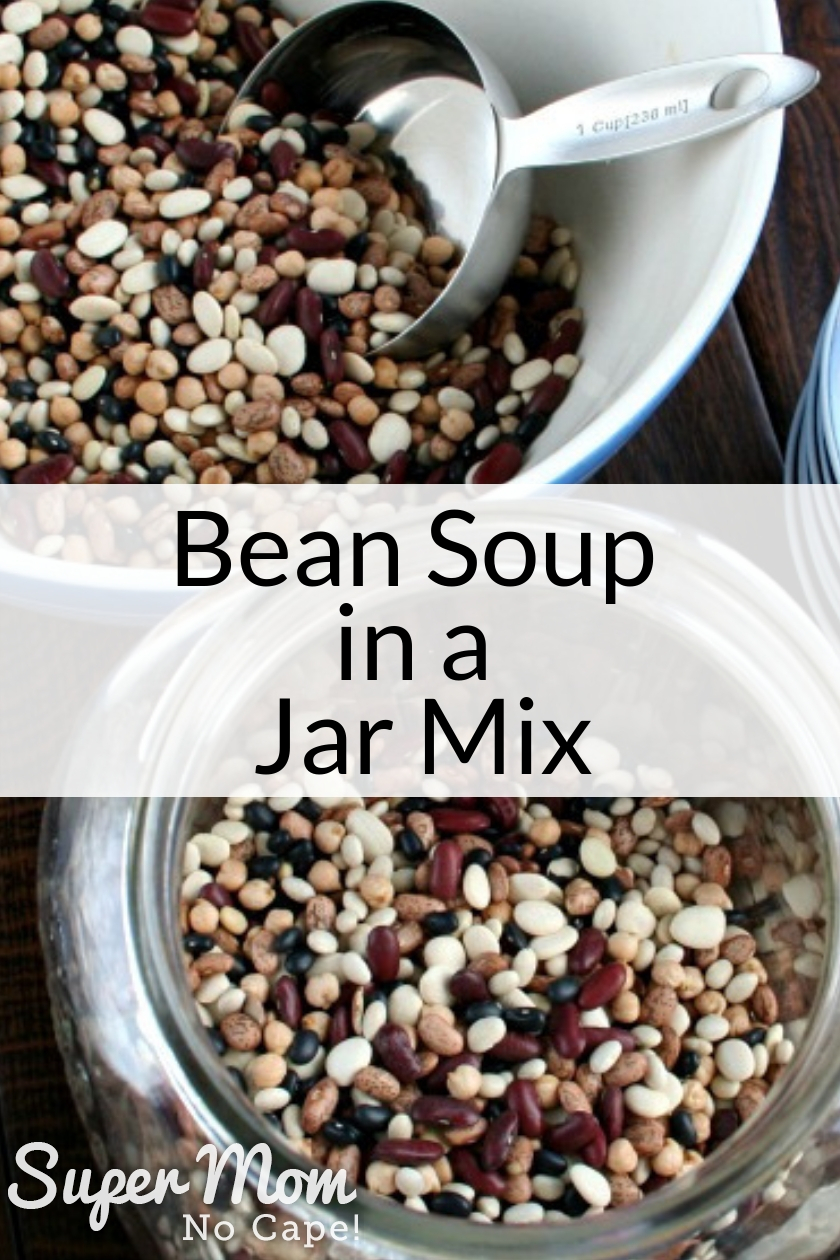 Note: This post was originally published on Super Mom – No Cape in November 2008. It has been completely updated with all new photos and text.