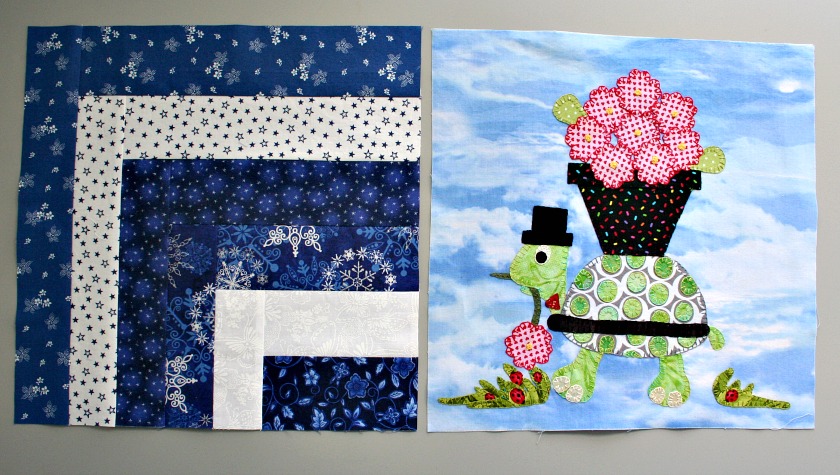 January’s pieced and applique blocks for the In Our Garden BOM bring this year long block of the month quilt block collaboration to a close.

My last two blocks are done and I’m so pleased with how they turned out.

Amy designed January’s blocks in addition to the first two blocks back in February of 2016.

Her “Garden Cabin” was a nice quick block to put together.

Each month, I made the pieced blocks for the BOM in blue and white. Amy’s version of a traditional log cabin block allowed me to include most of the fabrics that I’ve used in the other blocks.

I just love each and every one of the blue and white blocks I’ve made over the past twelve months and I’ve decided that I’m going to continue to make more until I have enough to be able to make a queen sized quilt.

It will be a gift but if I mentioned who for, that would be just the time she popped by to have a read. 🙂 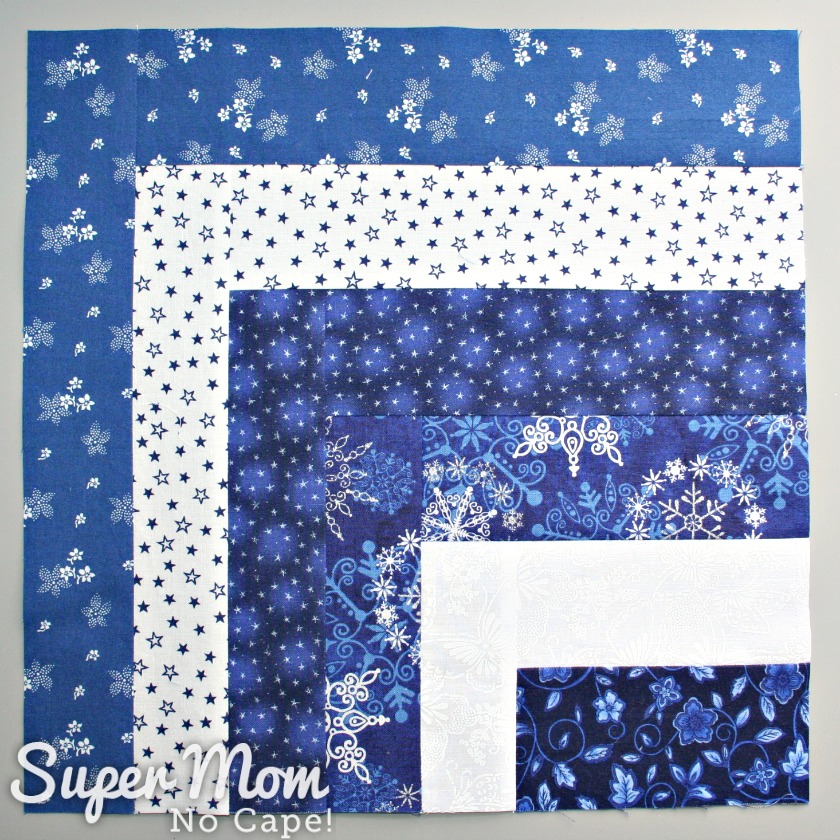 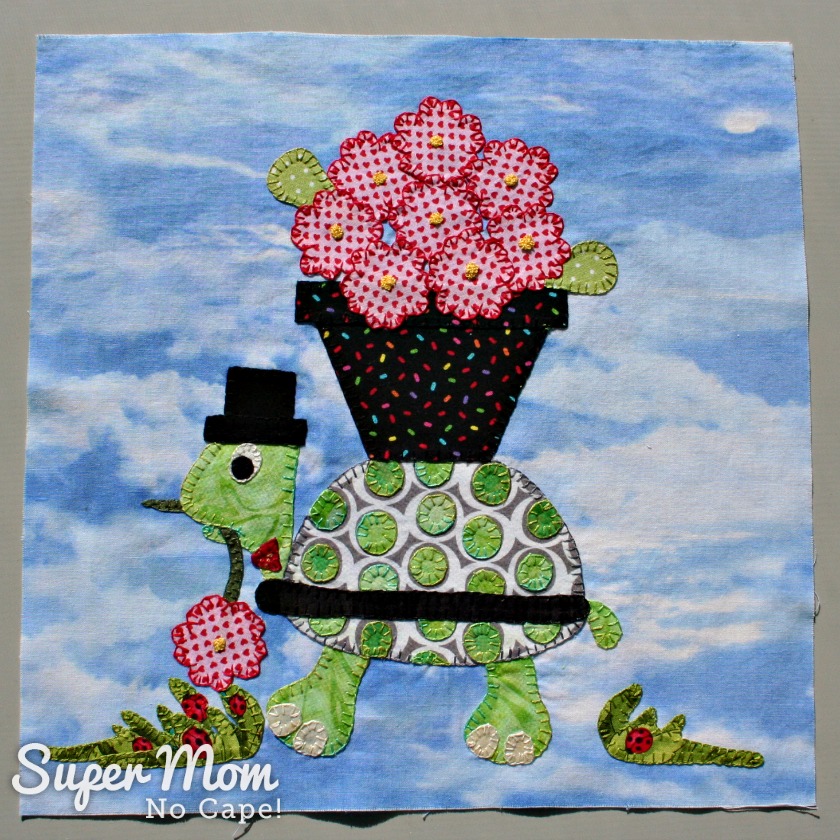 Amy called this block “Mrs. Turtle” but as you can see, I’ve changed him to Mr. Turtle by giving him a top hat and bow tie.

It was early in February of 2017 when I worked on the block so the story in my mind while I was making him is that he is all dressed up to take Mrs. Turtle out for Valentine’s Day (or perhaps their anniversary) and he’s bringing her flowers.

The background for Mr. Turtle’s shell is made from a scrap of the Round Elements fabric that I received for Quilt Mod’s Challenge.

You can see the Spooky Eyeball Trick or Treat Bag and the Reversible Tissue Box Covers I made with some of the other fat 1/8ths of Round Elements fabric by clicking on the links.

All of my scrap drawer versions of the appliqué blocks from the In Our Garden BOM will be used in their own quilt… just as soon as I can find the perfect sashing fabric.

Here are January’s blocks side by side: 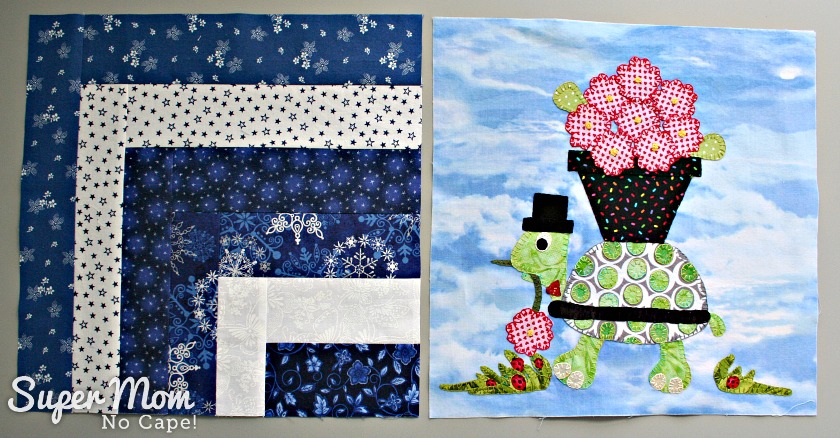 I want to take a moment to thank Amy and all the other designers for a fun year!

Many of the pieced blocks tested my piecing skills and I am a better quilter because of that.

It was through doing the appliqué blocks each month that I’ve discovered how fun and creative appliqué can be.

All in all, it’s been an experience that I wouldn’t have wanted to miss! 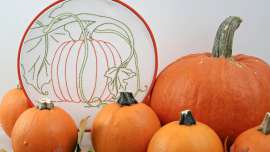 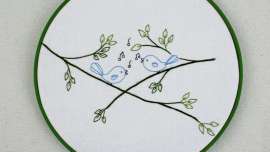