Handmade Gifts for Our Oldest

Back in May of last year, I picked up this bag of scraps at a quilt shop north of London, On. 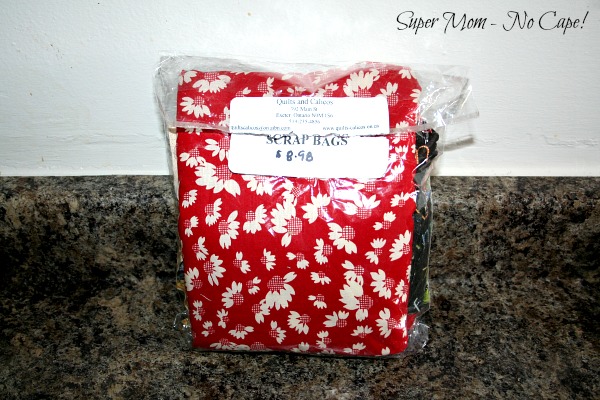 As you can see, I opened the package before I thought to take a picture of it. But it wasn’t the pretty red and white floral fabric that had caught my eye. It was the rest of the fabrics that prompted me to buy it. 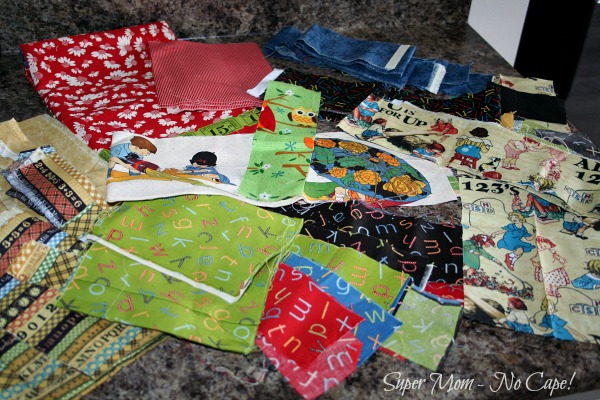 I knew that all those novelty prints would be perfect for making Christmas gifts for the teachers in our family; our oldest daughter and her partner.

But I have to admit that when I bought that bag of scraps I had no idea what those gifts would be. Then a month later at that same quilt shop they had some really cool insulated lunch buckets on display.

Our daughter and her partner have been following a healthier eating plan so once I saw those lunch buckets I decided to make one for each of them to make taking healthy lunches to school each day easier. 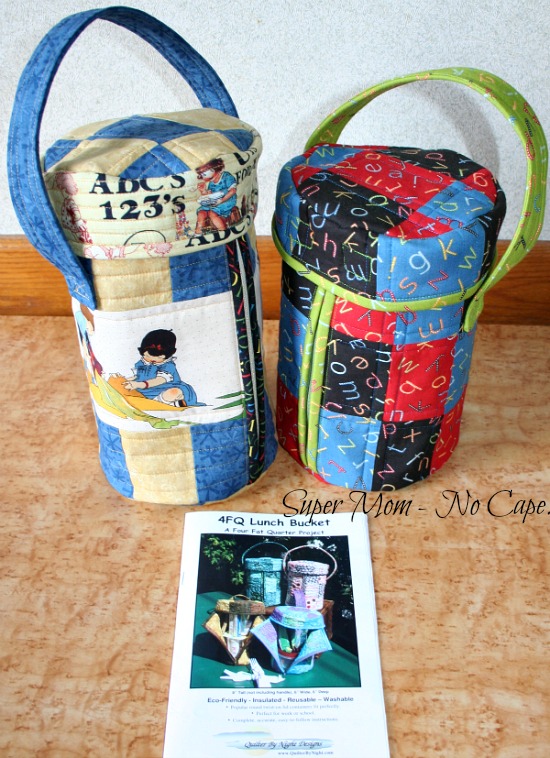 The pattern is called 4 FQ Lunch Bucket. Since I was using scraps, I did have to make some adjustments to make allowances for the scraps I had to work with.

For our daughter’s lunch bucket (the one on the left), I wanted to make a feature of that sweet fabric with the children playing in the sand, so that required a few more adjustments and resulted in a taller bucket. I had just enough scraps in the scrap bag to make hers.

Then for his, I used the prints with the letters on them from the scrap bag. I did have to purchase some yardage in the green letters for the lining and the handle.

And with the bits and pieces I had left over, I made each of them a pencil case to match their lunch buckets. Then I popped a box of colored pencils inside each case. 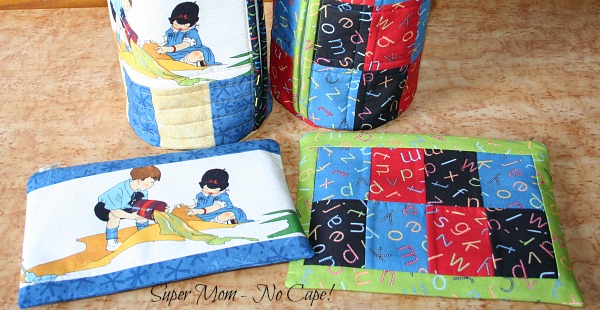 Each of our children received two handmade gifts and one purchased gift this year. I often mention that a certain fabric makes me smile when I’m sewing with it, so our daughter had asked for fabric that made me smile and that I thought would make her smile. 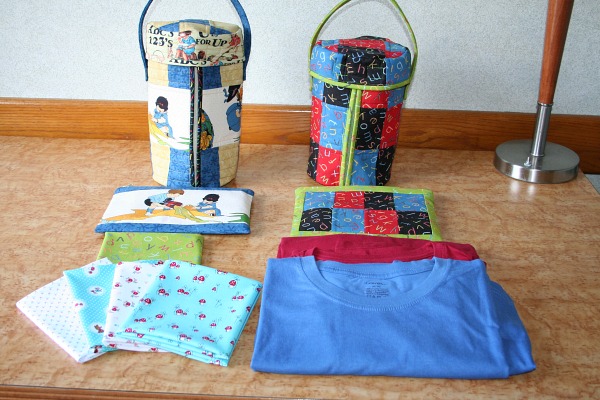 I picked out four fabrics from The Little Red Riding Hood line by Tash Noel. It’s hard to tell from the photo but the white fabrics have tiny flowers on them and the blue fabrics… one has little mushrooms and the other has Little Red Riding Hood, The Wolf and Grandma’s House on it along with flowers and mushrooms. They are so cute that I knew I wanted some for myself, so I bought half a yard of each and gave her 4 fat quarters and saved 4 for me!

Then for her partner’s bought gift… due to the healthy eating plan they’ve been following, they’ve both lost some weight and he needed some new t-shirts.

I mailed their gifts the first week in November and the package arrived the afternoon of December 25th, so while they didn’t have them to open in the morning when they got up, they were able to open them that day. (They both had the day off work to celebrate Christmas but as Christmas isn’t officially a holiday in China, mail was being delivered  just as on any other day.)

I hope they get lots of use out of all their gifts!