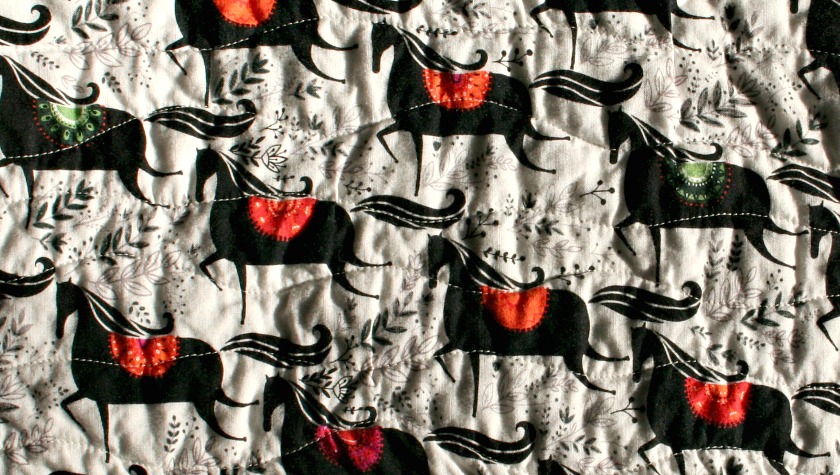 I Am So Proud of This Quilt!

When I bought a half yard of this beautiful horse fabric to make Oldest Daughter’s Christmas gift, I had no intention of making a quilt with it or I would have purchased at least a yard. It is part of the Wild Field line by Dinara Mirtalipova for Windham Fabrics.

At first, I thought I would make her a tote or something along those lines.

Then I got the idea that I’d make her a wall hanging similar to this quilt.

But when it came time to cut and flip the strips I’d sewed together… I just couldn’t do it. The horses looked too pretty running across the fabric the way they do.

So that’s when the idea came to make a full sized cuddle/lap quilt. Which meant it needed to be longer.

But I couldn’t add more of the horse fabric because I didn’t have more. I’d used all eighteen inches of it.

Then I thought… I’ll add two wide strips of a fourth fabric to the bottom and top.

After that the logical choice was to add the narrow green border all the way around, followed by a border in the same fabric I used to add the extra length.

But it still needed something.

So I went shopping and found that beautiful orange fabric that perfectly matches the orange in the saddles… Folio Basics Pattern#7755 by Color Principle for Henry Glass.

I just love how all these fabrics play so well together. 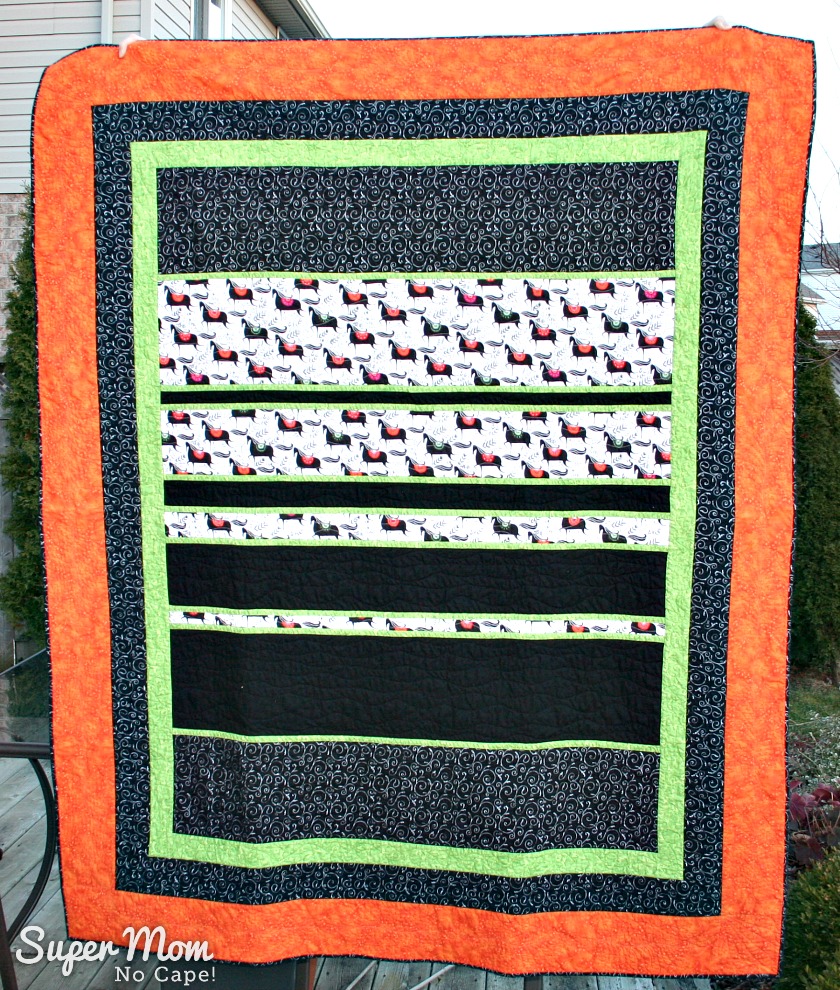 Isn’t it gorgeous! I wish you could see it in person.

I have to tell you though, the thing that I’m most proud of on this quilt is the quilting.

I used organic wavy lines in the center part.

Then in the two large strips of swirly silver vines on black at top and bottom, I free motioned quilted words that she could find as a surprise.

She’s been applying to grad schools so in the top section I wrote the words Dream and Believe. Then in the bottom section, I quilted the words, Aloha, Hale and Ohana (Love, Home and Family in Hawaiian.)

Because they were supposed to be “hidden” messages, I used black thread which made them impossible to get a photo to show you. You’ll just have to take my word for it that they are there. 🙂

Then in the borders I ramped up the free motion quilting even more.

In the green, I quilted waves.

In the swirly silver vines on black fabric border, I did open figure eights.

And finally, in the 5 inch orange border, I quilted my first ever feathers!

I am particularly proud of stretching, to not only make the attempt, but succeeding at free motion quilting feathers.  They aren’t perfectly formed feathers but I love them anyway.

For the back I used a grey print with silver swirls and circles. 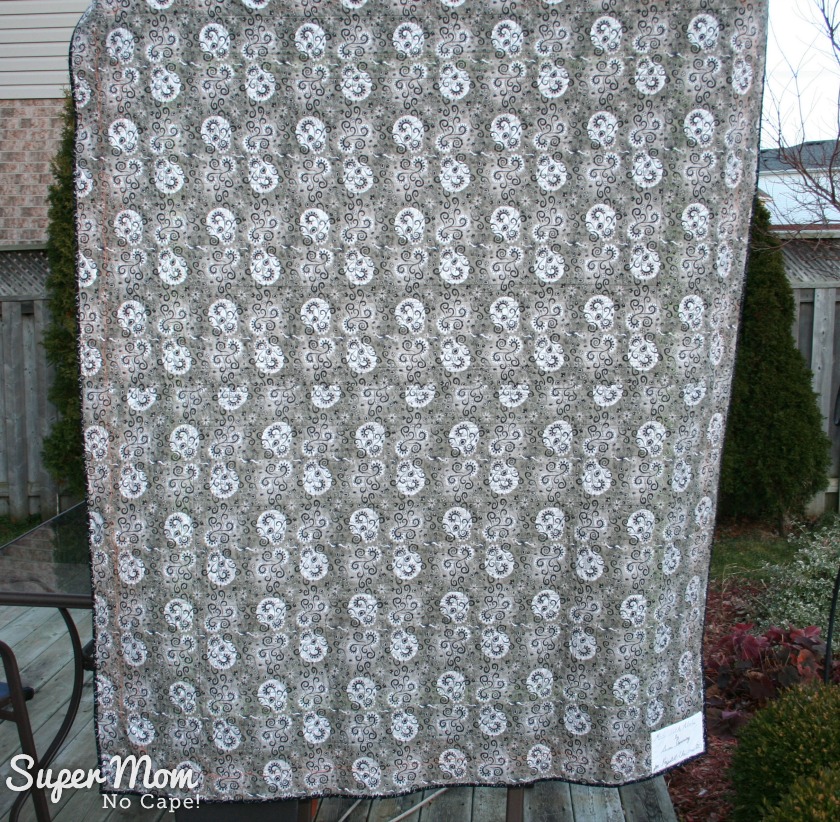 I’m happy to say that Oldest Daughter loves her new quilt and her partner loves the So Dog Gone Cute Pillow Cover I made for him modeled after their dog Bhodi.