I got a lot of TV watching done while I was hand sewing the binding to the back of the Paper Pinwheel Lap Quilt and Bed Runner. Monday night we watched the entire first season of Broadchurch. We hadn’t intended to watch all eight episodes but the writers of the first season were masters of the cliff hanger ending!

And then Tuesday afternoon, I watched a wonderfully, funny movie called The Magic of Belle Isle

(<-affiliate link) It’s the uplifting story of an author who has lost his desire/ability to write and the family who inspires him to begin again. If you get the chance watch it, I highly recommend it.

It was sunny enough Tuesday morning for photo taking but by the time I got to that last stitch in the afternoon, it had clouded over and another snowstorm rolled in. Thankfully, yesterday the sun shone bright… cold but not cold enough to keep us from taking photos. 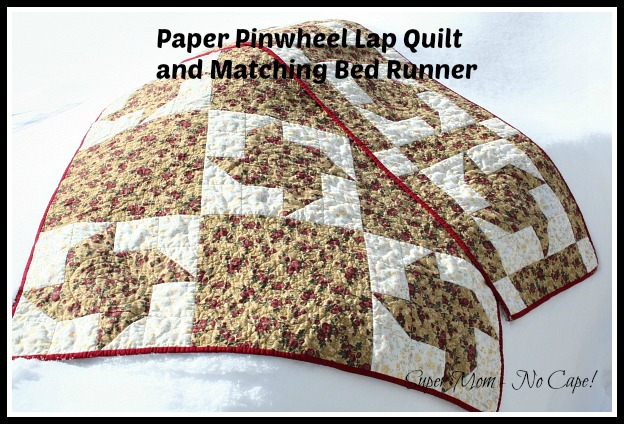 I started out by stitching in the ditch, outlining each of the pinwheels and also around the outside of each block.  Then I quilted the large 12″ floral blocks with the hearts and loops free motion quilting that I practiced while quilting the last of the hen and rooster placemats. 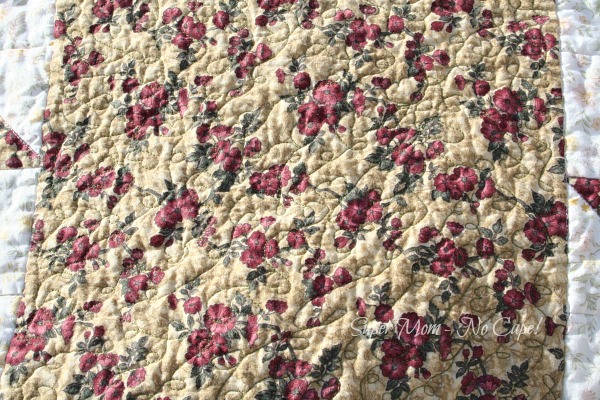 The quilting shows up better in this photo of the back taken before we ventured outside. 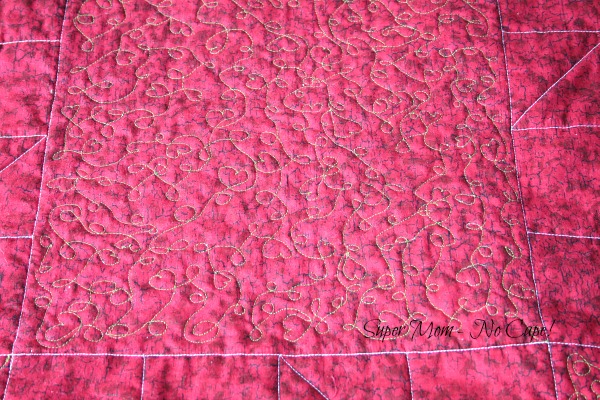 Next I fmqed a spiral in the middle of each of the pinwheel blocks to make it look like the pinwheel was spinning. 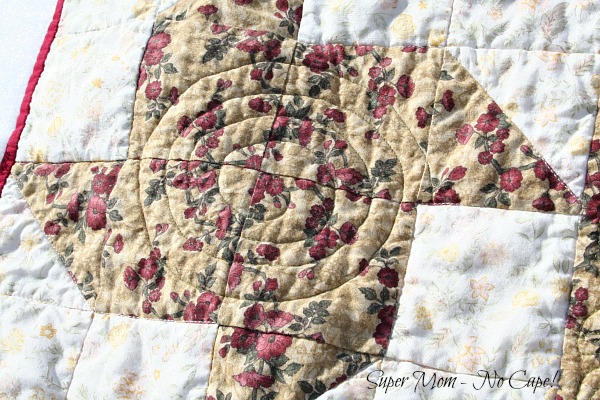 Again the quilting shows up better in a photo of the back. 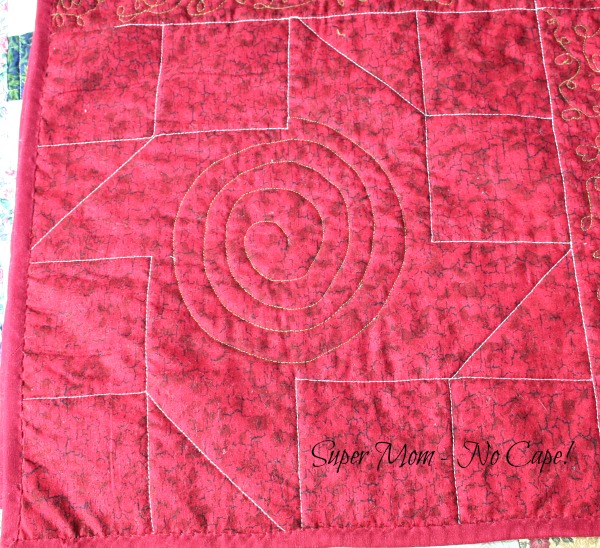 A photo of the lap quilt on it’s own… 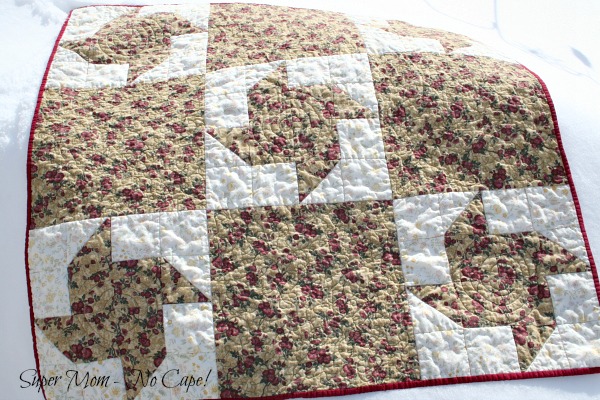 And one of the bed runner by itself… 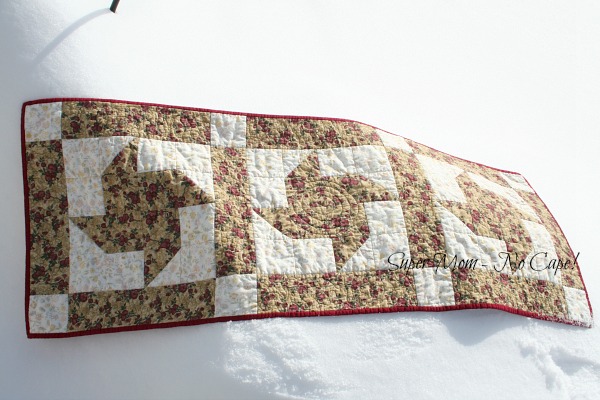 When I was working on these two quilts, I wasn’t sure they’d turn out nice enough to donate as I planned to do.  And they are by no means perfect but once I got the binding on, it seemed like I could finally see the quilts as a whole rather than their imperfections.  I hope that whoever receives them feels the same. 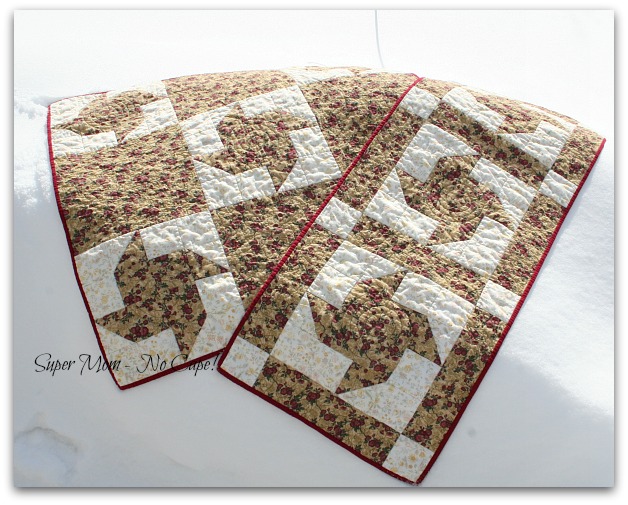 The Paper Pinwheel Lap Quilt and Bed Runner were my ALYofF goal for February. They are also two more projects checked off my 2015 Finish Along Q1 Goals. All that’s left of that list to finish are another set of 4 placemats and several completed embroideries that need to be turned into something.

Now that may sound doable but I’ve also got a secret project on the go for the Tree Bird Blog Hop that runs from March 13 to 23. My day is the nineteenth. It’s a good thing March has three more days than February. I’m going to need them!