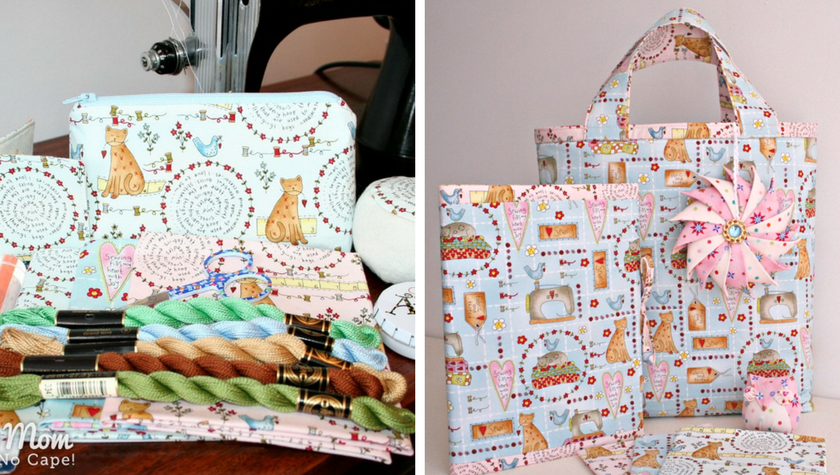 I want to thank everyone who took the time to enter into the two giveaways in March.

It made March such fun!

Each time someone linked up or commented on those posts, they received any entry. After the giveaway closed all the names were put in a jar. 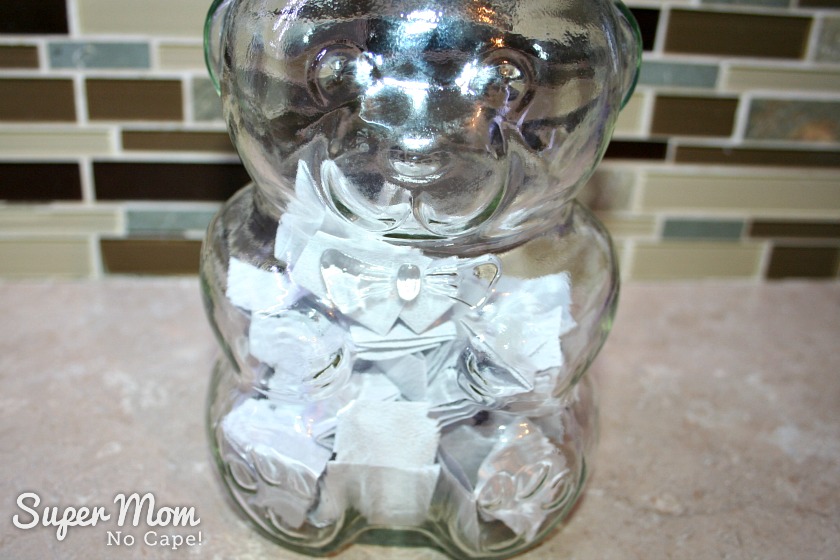 The jar was given a good shake and a piece of paper drawn. 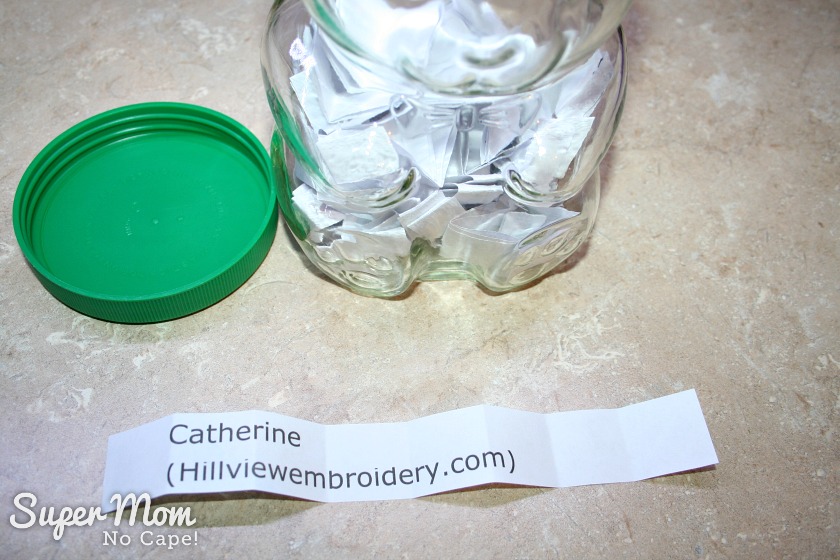 You are the winner of this prize pack of a one-of-a-kind handmade (by me) zippered pouch, pincushion and needlebook plus the other goodies pictured below.

An email is on it’s way to you asking for your mailing address. 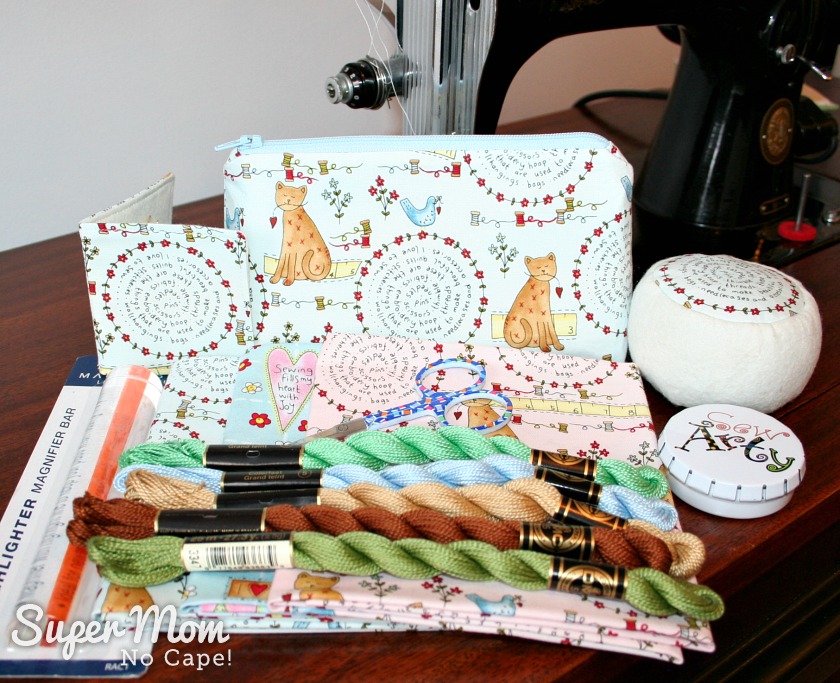 Thank you so much to everyone who entered and a special thank you to all those who have taken part in the Stitchery Link Parties for the past two years, either by linking up or visiting those who do.

March was a month of milestones… first for the Stitchery Link Party and then Super Mom – No Cape’s 9th Anniversary.

The names of everyone who entered by commenting on the 9th Anniversary Giveaway post were put into the teddy bear jar. 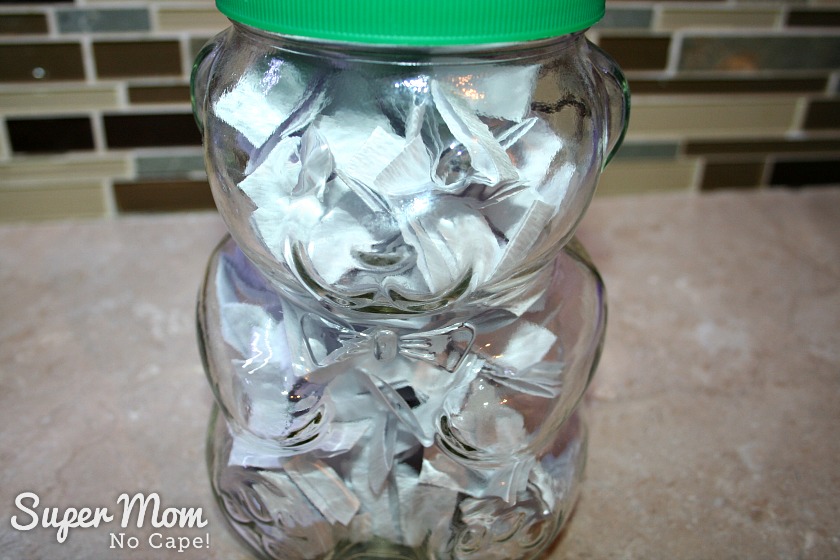 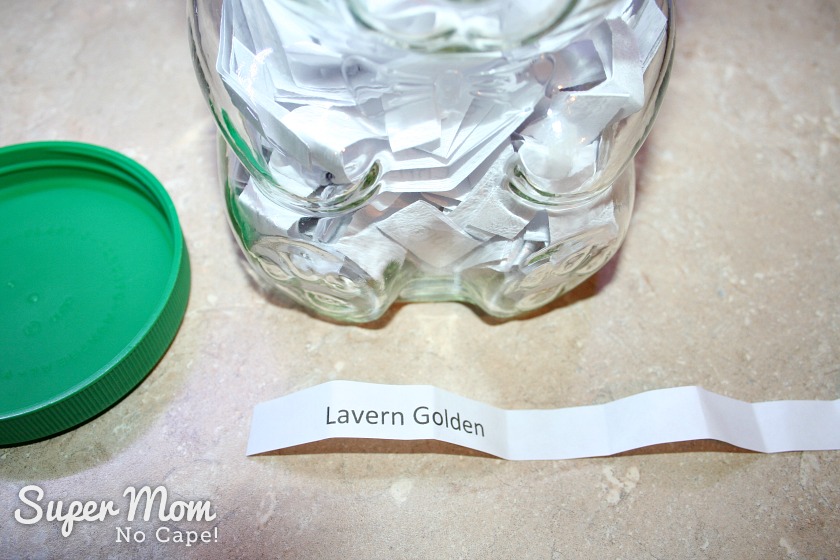 Congratulations Lavern Golden. I hope you enjoy the gifts I made for you.

An email is on it’s way to you asking for your mailing address.

Thank you so much to all who left comments about what they are celebrating. It just goes to prove that no matter what else might be happening in our lives, we all have things we can celebrate and be thankful for.

And I am soooo very thankful for all those who follow me via email or social media. You are the reason I write this blog.

It’s all of you who have kept me going. I know I haven’t been posting as often as I used to but I’m working on bringing back more variety in the things I post.

Tomorrow, I’ll be sharing a tried and test recipe that is not only a family favorite but one that I’ve often been asked to bring when we go to potluck bbqs and picnics.

I also have a free motion quilting video tutorial scheduled for Friday.