Back in this post, I mentioned in passing that I had recently purchased this vintage Singer 15-91 off of ebay. 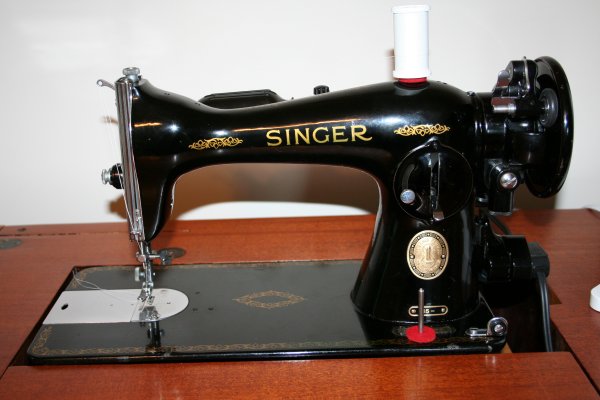 Since it arrived, I’ve been searching for a cabinet of it’s own to put it in.  Dave and I and our son have searched through several local antique/junk shops, never finding exactly what I was looking for.

I wanted something like that vintage cabinet that Dave refinished and retrofitted for my Singer 7468.   Something with a lid that flipped open to provide a large sewing area and something with drawers for storing threads, bobbins and other sewing notions.

Every other day or so, I’d search through craigslist for any new listings.  I found a few that seemed promising but again never exactly what I was looking for.   Most were too far to travel to go check out.  Some the cabinets were just too much work to refinish.  Others would have been too difficult or impossible to modify to fit the 15-91 as the mounting hinges needed to be 9 5/8” on center.

Then yesterday, I came across an ad for a local yard sale.   An antique sewing machine was listed.   I called the number listed and was told that it was an old Singer.  She said it had a beautiful cabinet that had to be seen to be appreciated and then she told me the asking price… $225.    Disappointed once again, I thanked her but told her that was way out of my price range.

Then Dave and I got talking things over and decided we’d head over close to the end of the yard sale and see if it was still there and whether she’d brought the price down at all.

The lady was right, the cabinet is beautiful though not in quite as pristine a condition as she claimed when I called.  But in contrast to last night, at 2 pm today the price was $100 less.  Then her husband said to Dave, “We’ll take $120 for it.” 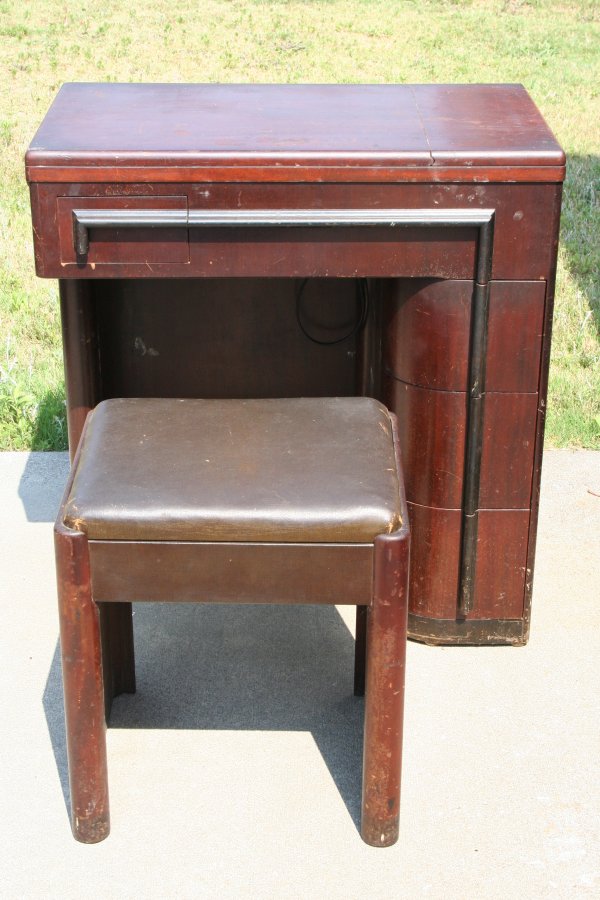 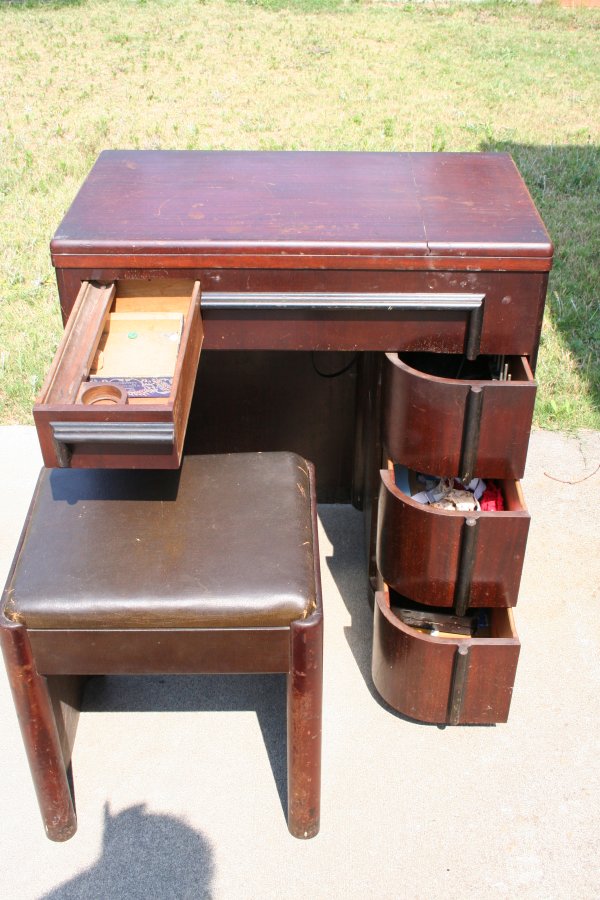 The cabinet is solid wood with what we think is either a walnut or mahogany veneer.  All four drawers are solid wood, as well.

The left hand drawer (according to subsequent research) has an ink well and pencil/pen tray as Singer had intended that it could used as both a desk and sewing table.  The three drawers on the right are all nice deep drawers that will hold all the attachments that came with my 15-91 plus loads of other sewing notions. 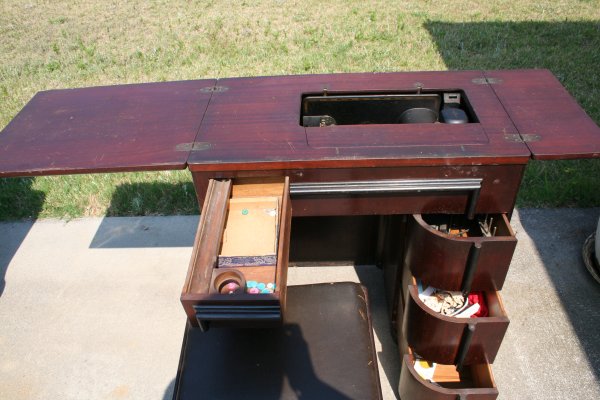 Dave thinks it should only require sanding to smooth out several minor scratches and then a fresh coat of polyurethane.

I’ll recover the seat of the stool after Dave has refinished it, as well. 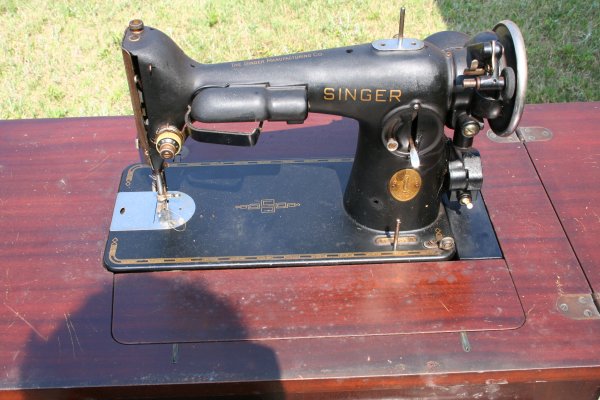 The sewing machine is a Singer 201 that according to the Serial # was made in Elizabeth, New Jersey around 1938. 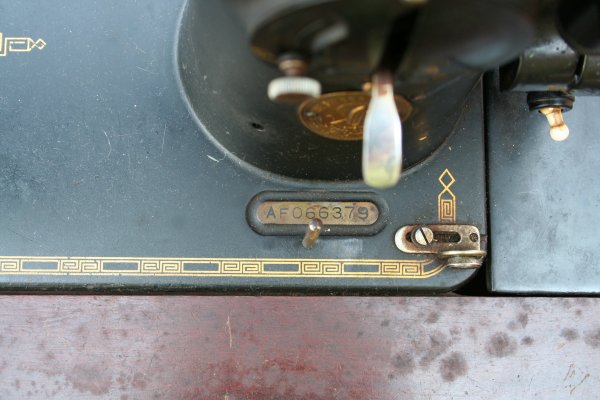 We’ll be removing this Singer and replacing it with my 15-91.  The 201 will likely get a good cleaning and then be sold either on craigslist or ebay.