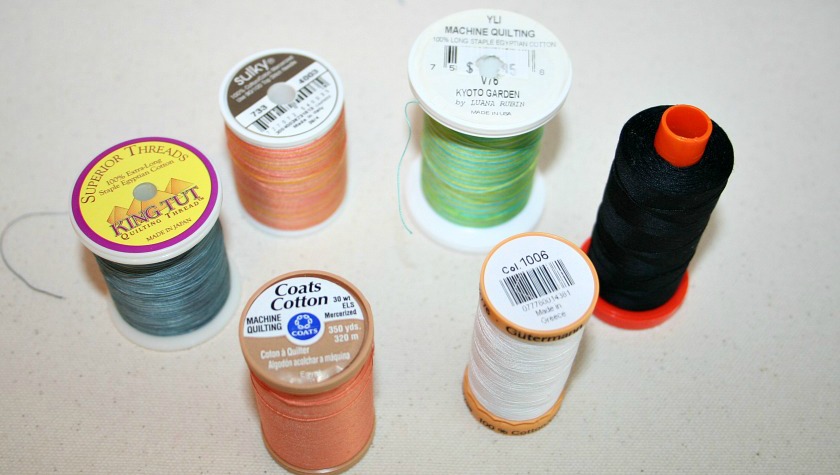 The Secret in Your Thread Spool

I’ve been sewing since I was a young girl when I started making Barbie doll clothes and I didn’t know this secret. Back then in the early 70s, you could still get thread on wooden spools!

Now you may be one of those who has known about this all along. Maybe your grandmother or mother or a sewing friend taught it to you.

But when I learned about this a few days ago, it was the first I’d heard that thread spools have a secret!

Immediately after I read about it, I went to each of the thread drawers in my sewing cabinets and checked every brand of thread I have. 🙂

Here’s the thread drawer in my Art Deco sewing cabinet: 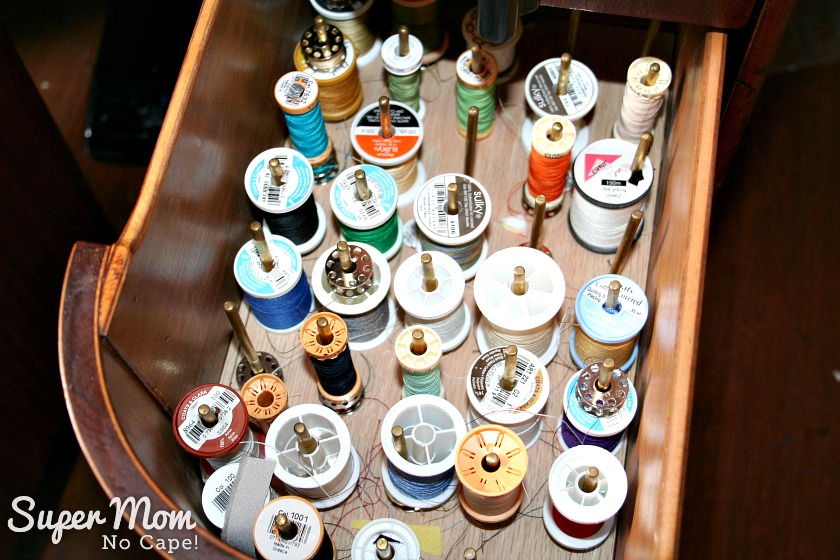 And here’s one of two thread drawers in the Kenmore sewing cabinet that Dave retrofitted to hold my modern Singer: 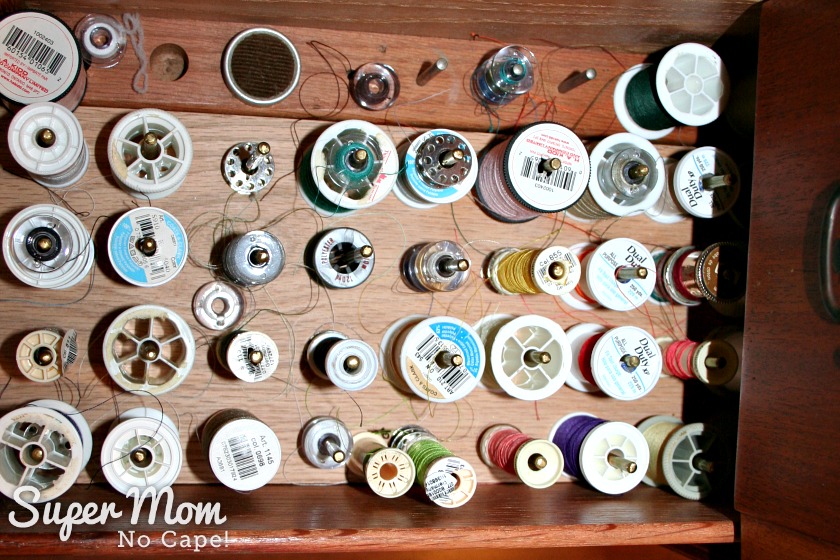 I picked out one spool of each of the most common thread brands available in my part of the world: 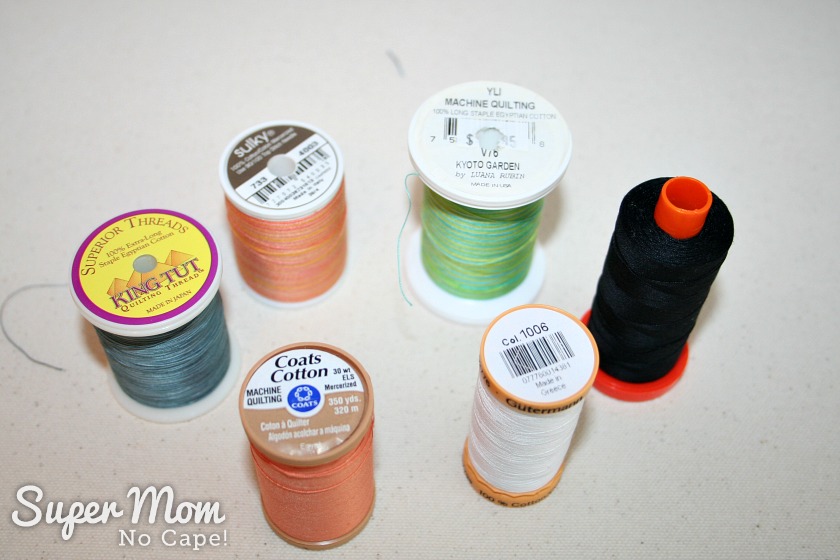 You would never know just by looking at those spools that they each have a secret, would you?

I’ll give you a hint… have you ever tried to find the thread end on a new spool of thread and couldn’t find it no matter how hard you looked?

Once I show you this secret, you’ll always know where the manufacturer has hidden that thread end. Each brand of spool has a slightly different way of doing it and one brand even has a hidden compartment!

First up, a King Tut thread spool. On this spool you can easily see where the thread end is as indicated by the arrow. 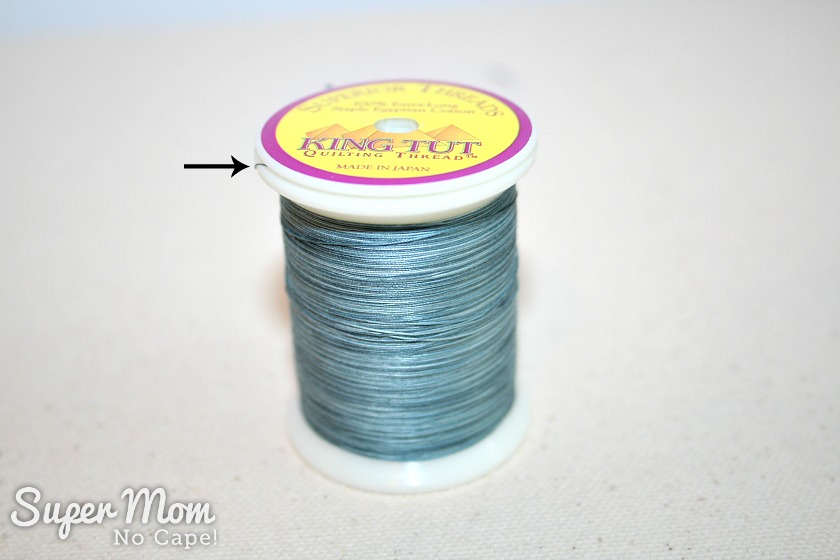 But if you couldn’t find the thread end, simply pry up the top of the spool with your fingers: 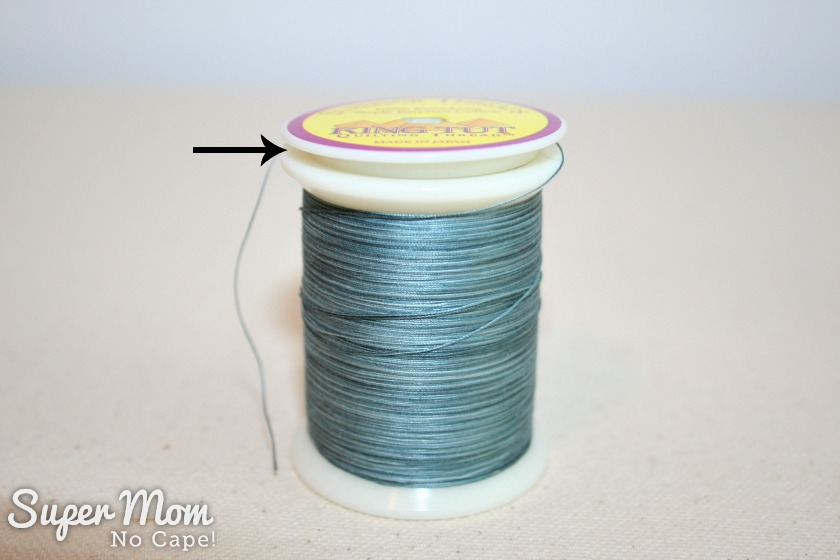 I had no idea the top of the spools popped up like that!

In fact, on King Tut spools, the whole top comes off, if you pull hard enough. 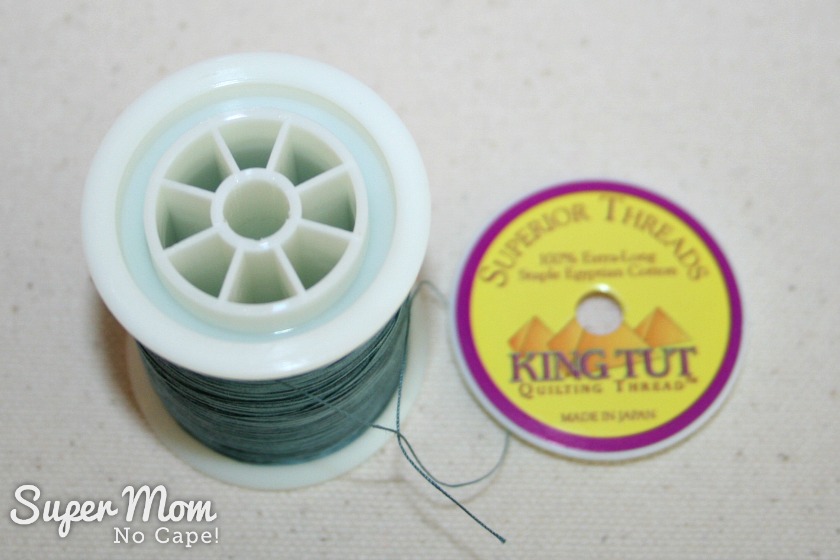 I’m not sure why you’d ever need to take the top off, because then you wouldn’t have a handy place to secure the thread end once you finished using it. But if you do, now you know that you can. 🙂

On Sulky thread spools both the top and bottom pop up: 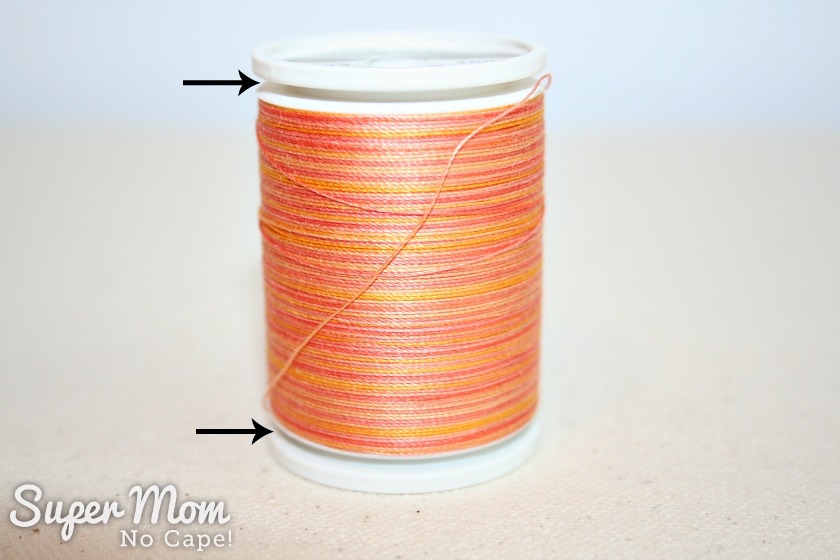 The same thing with YLI thread.

The top of this spool came off just like the King Tut spool did but I’m not sure if it was really supposed to or if I pulled so hard that I broke the top. The top and bottom of Coats Cotton pops up too. The bottom of Auriful thread comes right off: Gütermann thread spools are different yet again. See the bottom with the little ruffly edge? Remember me telling you that the spools of one brand of thread even has a hidden compartment?

If you twist that end of a Gütermann spool not only does it pop up so you can find the thread end… the bottom comes off to reveal the hidden compartment! I read about that hidden compartment in a post on the blog, Quiltessa: Patchwork palette. It’s that post that prompted me to go check to see if any other thread brands did the same.

In her post, she shows how she inserts a pencil eraser into the spool end to make a pin cushion.

And then when I posted the link to Quiltessa’s post on facebook @1SuperMomNoCape, one reader commented that her grandmother kept a needle in every spool she had.

So obviously the hidden compartment in Gütermann threads has been there for a while and perhaps it’s only been a secret from me.

Did you know about this secret in your thread spools?

How to Make a Thread Storage Stool

And of course, I’d love it if you shared in on Twitter and Facebook too. Maybe there are others out there who would love to know the secret their thread spools have been keeping too. 🙂 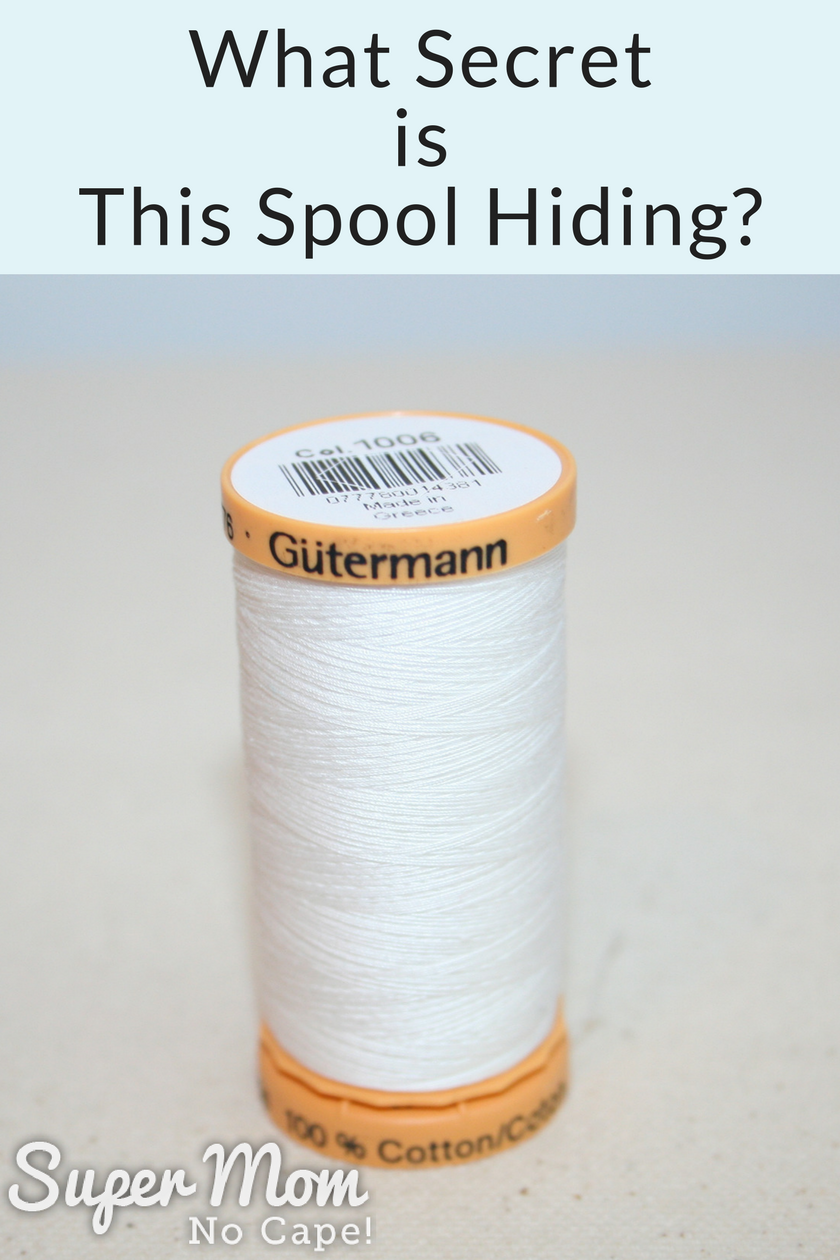